Girlfriend Charged After Man Dies From Being Force-Fed Bleach 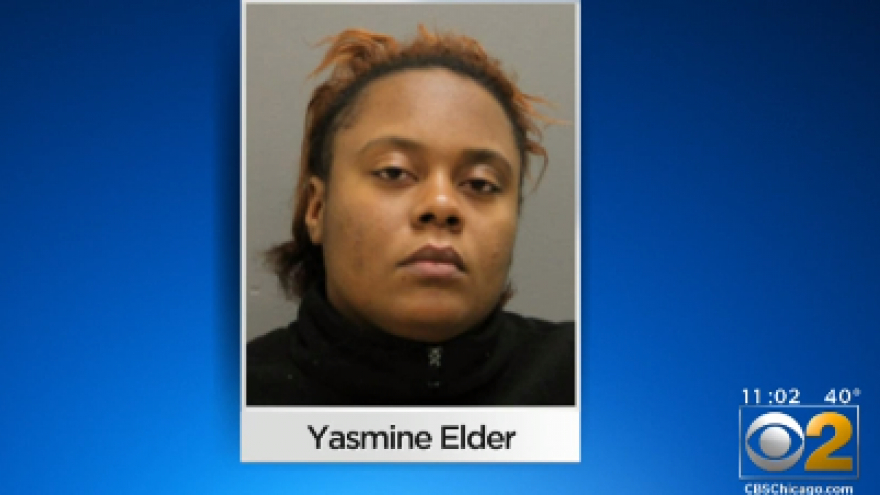 CHICAGO (CBS) — The family of a 26-year-old man who died when his girlfriend allegedly forced him to drink bleach said they “hope justice is served” and she “rots in jail.”

Police said Yasmine Elder got into a fight with her boyfriend, Darius Ellis, while sitting in a around 1:45 a.m. Monday at 65th and Bishop streets.

At Elder’s bond hearing Thursday afternoon, prosecutors said she pinned Ellis down, and doused him in bleach. Ellis swallowed some of the bleach in the process, and died less than two hours later at Stroger Hospital.

Elder was arrested at her home Monday afternoon. She was charged with first-degree murder on Wednesday, and a Cook County judge set her bail at $1 million on Thursday.

Ellis’ family said they don’t want to think about what he endured during his final hours and minutes of life, but they are thinking about the woman who allegedly killed him.

“That was a low-down dirty thing that she did to him,” said his grandfather, Clarence Hebron.

Clark had a simple message for Elder: “I hope you rot in jail.”

“I hope justice is served,” she said.

Ellis’ relatives said they are dealing with their loss by focusing on how he lived, not how he died.

“I just want to remember just happy; being a loving, giving person that he was. He would give you his last,” Clark said.

Authorities have not said what prompted the fight that led to Ellis’ death.