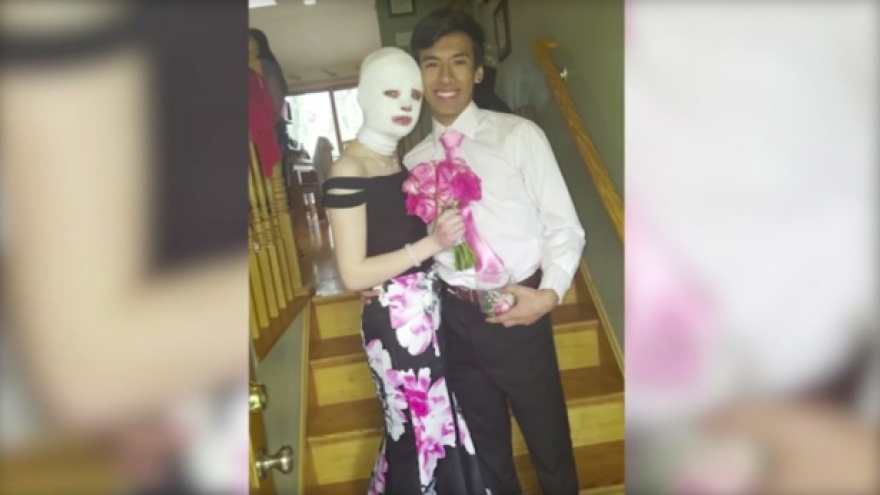 A 15-year-old girl severely burned by a backyard fire pit thought she was going to miss her high school prom. But then her date and her friends brought the prom to her.

Korryn Bachner of Lombard, Illinois, was involved in a devastating accident a few weeks ago. She and a group of friends were sitting around a backyard fire pit when someone poured gasoline on the flames, CBS Chicago reports.

The gasoline caused an explosion and 12 teens were injured in the blast. Korryn suffered third-degree burns and will undergo surgery and future treatments.

With her entire head wrapped in bandages, Korryn canceled her prom plans, but her date showed up anyway.

In fact, several classmates from Glendale East High School showed up at Korryn's house before heading the prom on Saturday night. Korryn got dressed up in her prom dress and made the most of the situation, thanks to her friends. The group took pictures at the Bachner's house, the teen's mom Ellen Starzyk Bachner told CBS News. Korryn posed with a bouquet of pink flowers that matched her dress.

The community has also rallied to help Korryn's family pay for her expensive medical bills. A GoFundMe page has raised more than $75,000 as of May 14, and Korryn's spirits have been raised by the kindness of her classmates.