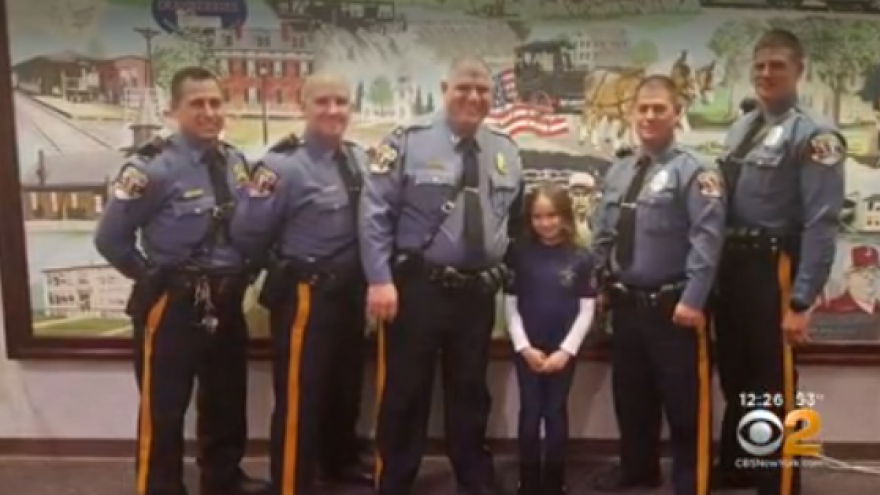 JAMESBURG, N.J. (CBSNewYork) — A little girl with a big heart decided to surprise a New Jersey police officer with a kind gesture.

Jamesburg Patrolman Joseph Quinn had stopped by Villa Borgese in Middlesex County to pick up his food Friday night, but when he went to the register, he discovered someone had anonymously paid for the meal.

Thanks to some good police work, the officer figured out who treated him, 8-year-old Mikayla Raji.

Mikayla was having dinner with her mom when Quinn walked in.

“Mikayla immediately greeted Ptl. Quinn with a hello and a smile,” the Jamesburg Police Department wrote on Facebook.

The girl chatted with the officer and later asked her mother if they could pick up his tab.

It turns out Mikayla ‘s parents were both Perth Amboy police officers, but she never got to meet her father who was killed in the line of duty by a drunk driver before she was born.

The Jamesburg Police Department has decided to pay it forward and has started a GoFundMe page to pay for Mikayla’s future education.

Police Chief James Craparotta also told 1010 WINS that they invited her to their headquarters Monday night and asked her to be a guest of honor at a Memorial Day Parade. She accepted.