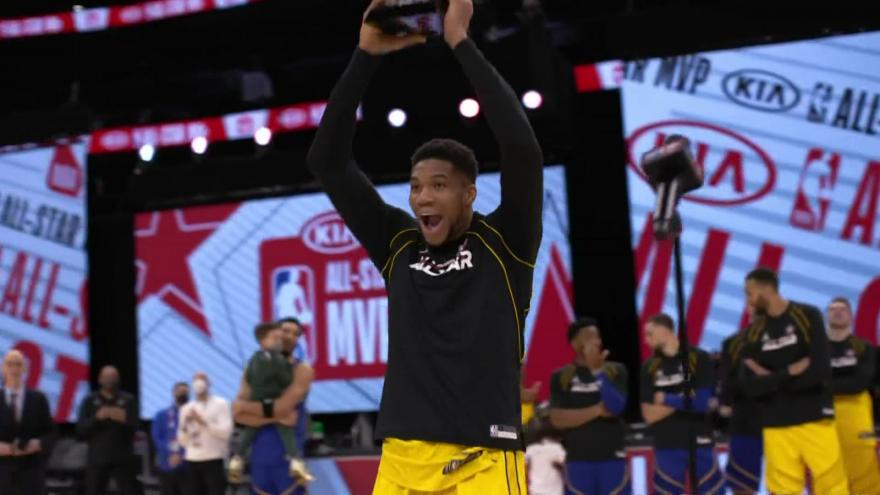 ATLANTA (CBS 58) -- Giannis Antetokounmpo wore a microphone during the NBA All-Star Game, and he kept a running -- sometimes very funny commentary throughout.

Watch the clip from the Milwaukee Bucks below:

"I NEED somebody to believe in me!!"

Mic'd up Giannis at #NBAAllStar is pure comedy: pic.twitter.com/4GB6yI9cjG

The Greek Freak had a great game, scoring 35 points to lead Team LeBron to a victory.

After the game, Giannis was named the winner of the game's MVP Award and he dedicated it to his son, Liam, who turned up on pictures and videos as well.