Get a picture with President Trump and Governor Walker for $10,000 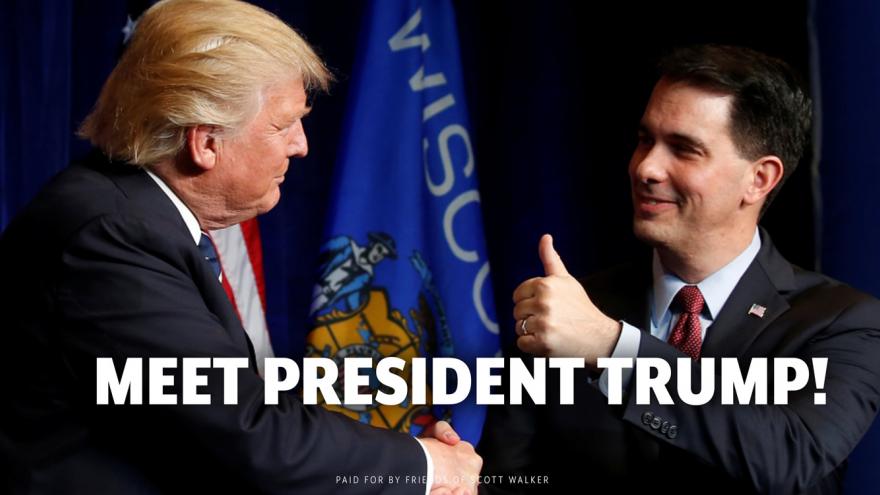 That's how much a picture costs with Walker and Trump at a Wisconsin fundraiser on Tuesday. An invitation to the fundraiser obtained Friday by The Associated Press indicates that a VIP photo, host reception and preferred seating runs $20,000.

The fundraiser's location is being kept secret. The invitation says it will be provided only after the person RSVP's.

Walker is preparing to run for a third term next year.

Walker has said Trump is expected to add other public events to the stop, but none have been announced.