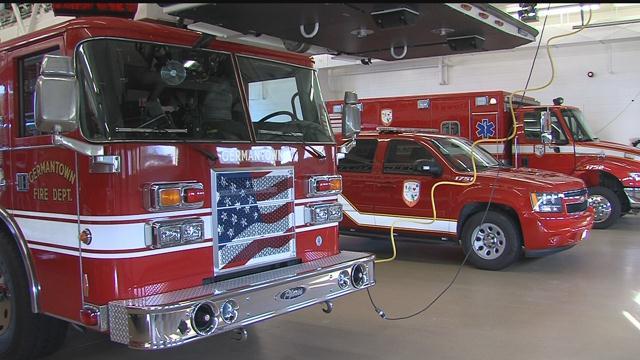 Seven days a week, from 6 a.m. to 6 p.m., the Germantown Fire Department is staffed with full or part time employees, ready to save lives.

But after hours, the station is empty and response times double.

The department is mainly supported by 27 paid, on-call firefighters. They're called from home any time of night to respond to emergencies, but have to stop by the station first to gear up, load up and go.

"It's taking a toll on them," said Weiss. "When we're running four calls after midnight and then they have to go to their regular job."

Weiss is looking to village to answer the call of distress. He wants to staff the department 24-7 by hiring 12 full-time firefighters, but doing so would require a property tax increase.

A special election referendum will allow voters to choose what they want.

"It could be a life or death situation, so getting them help as fast as possible is a huge thing," said resident Tammie Kochevar, who supports full-time staffing levels.

"I had an issue I had to be taken by ambulance one time and it did take awhile," said resident Courtney Pederson, who supports full-time staffing levels. "I was okay, but other people aren't."

No full or part time positions have been added in 11 years, but emergency calls for the department have increased more than 54 percent.

No matter what happens, Chief Weiss said a key part of the job stays the same.

"The paid on-call firefighters of the Germantown Fire Department are never going to go away," he said. "They're always going to have a very important part in this fire department."

The Village of Germantown voters will decide if they want a fully-staffed fire department in a special election on Tuesday, November 3.