German stadium evacuated ahead of soccer match with Netherlands 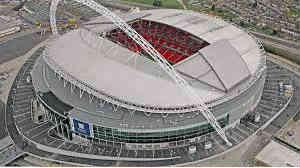 (CNN) A sports stadium in Hannover, Germany, was evacuated Tuesday evening ahead of a scheduled friendly soccer match between the Netherlands and Germany, police said.

No reason was immediately given for the evacuation and the cancellation of the game.

The game had not yet started when the evacuation was ordered.

The incident comes four days after three suicide bombers blew themselves up outside the Stade de France in the Parisian suburb of Saint-Denis during a soccer match between France and Germany. The bombers died in the explosions, as did one bystander. That was one of several terror attacks across the French capital Friday night that killed at least 129 people and wounded hundreds more.

France and England are still scheduled to play a friendly soccer match Tuesday night at London's Wembley Stadium. Leading up to the game, London police increased their presence around the stadium and at several busy areas, such as transport hubs, across the British capital.