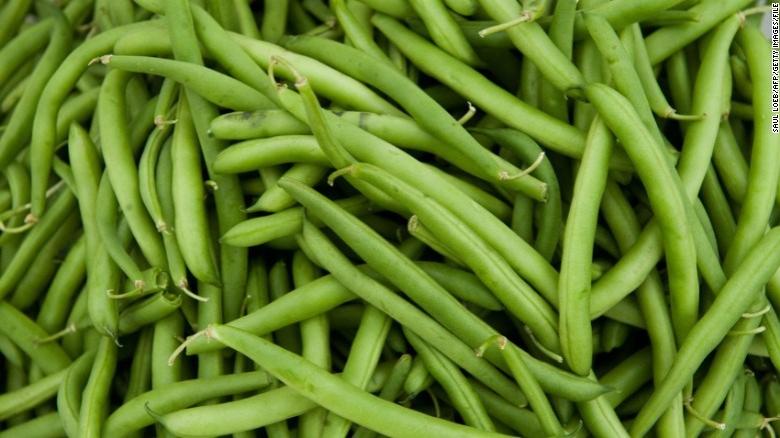 General Mills is recalling a \"limited quantity\" of frozen green beans after a package of them tested positive for listeria.

The voluntary recall involves 10-ounce bags of Cascadian Farm Cut Green Beans with the \"Better If Used By\" dates of April 10 and April 11, 2016, General Mills said.

No other varieties or production dates of Cascadian Farm products are involved in the recall.

\"No related illnesses have been reported in connection with this product,\" General Mills said in a statement.

Listeria monocytogenes is a hardy bacterium that is resistant to extreme hot and cold. This bacterium is pathogenic -- meaning that it is infectious to humans, causing the illness listeriosis.

Listeriosis primarily affects the elderly, pregnant women, newborns and people with weakened immune systems. In the United States, an estimated 1,600 people become seriously ill each year. And about 16% of those illnesses result in death.

About 800 cases of Listeria infection are diagnosed each year in the United States, along with three or four outbreaks of listeria-associated foodborne illness.

A multi-state outbreak of listeria from contaminated hot dogs and deli meats occurred in 1998, killing 21.

Earlier this year, Blue Bell Creameries shut down all four of its plants for cleaning and improvements after a listeria outbreak. Three people died and seven others fell ill, health officials have said.

Between 1998 and June 2009, 48 deaths from listeria-caused illnesses were reported by the CDC's Foodborne Outbreak Online Database.