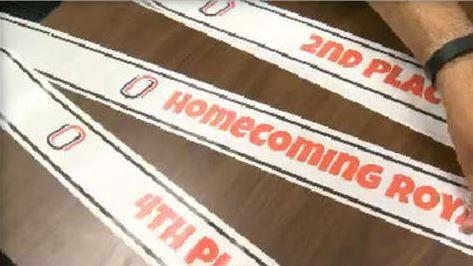 (CBSNews) OMAHA, Neb. - The University of Nebraska at Omaha has named its royal homecoming pair, but don’t call them king and queen.

The school has joined a growing number of other schools around the county that are moving to gender-neutral homecoming courts to be more inclusive of transgender students. The trend appears to be part of a larger national dialogue that erupted after a series of so-called “bathroom laws” and other pieces of anti-LGBT legislation were introduced in statehouses nationwide.

The two selected homecoming royals may be the traditional man and woman, or two men, two women, two transgender students or any other combination, officials said.

UNO Director for Student Involvement, Bill Pickett, told KMTVthe university began making changes a few years ago after receiving some unfavorable reviews when it came to being considered an LGBT friendly campus.

It’s vital that UNO demonstrate that it is inclusive and safe for all students, said Vice Chancellor for Student Affairs and Enrollment Dan Shipp.

Jessi Hitchins, the founding director of UNO’s Gender and Sexuality Resource Center, came to the school in February 2015 from the University of Alabama. Hitchins said she has been delighted by the support she has received from the administration for her programs, which include advocacy for sexual assault and dating-domestic abuse victims, as well as for the school’s lesbian, gay, bisexual and transgender students.

Some on the homecoming committee approached her, she said, with the desire to make the event more inclusive.

“This will benefit people because it doesn’t require them to fit into a particular category,” Hitchins said. “This is our way of being thoughtful and inclusive of our trans community.”

Hitchins said at least 20 colleges and several high schools across the nation have changed to gender-neutral homecoming royalty selection. The University of Wisconsin-Stout last month did away with choosing a king and queen and selected eight “ambassadors.”

Not everyone is happy with the change though.

“Either way you’re going to offend somebody,” said Elhaj.