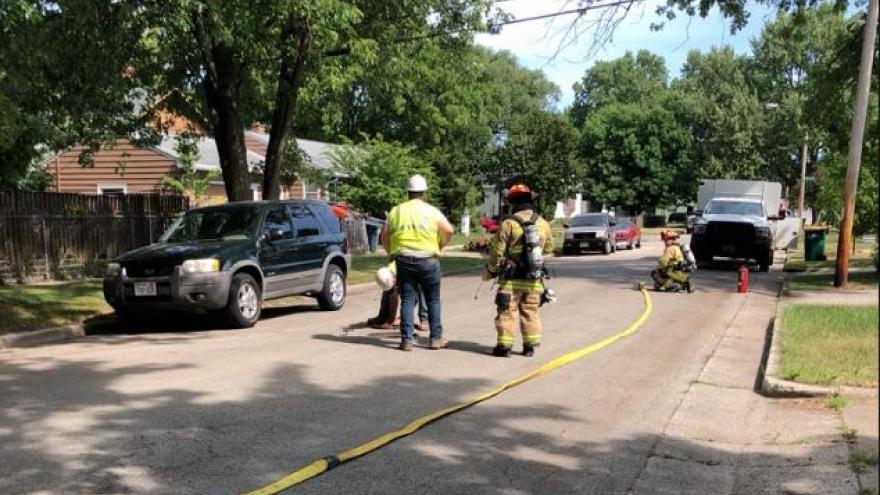 SHEBOYGAN / FOND DU LAC, Wis. (CBS 58) -- A day after a gas explosion leveled parts of a southern Wisconsin city, two other cities had gas line scares. Minor evacuations happened in both Sheboygan and Fond du Lac before an all-clear was given Wednesday.

Wisconsin Public Service says that crews responded to 17th and St. Claire in Sheboygan for a gas line that was hit just after 10 a.m. Officials shut off the gas and expect repairs to be made by mid-afternoon. Officials report 10 homes were evacuated.

In Fond du Lac just before 10 a.m. officials responded to Star Street for a gas leak for a contractor who hit the line causing a leak while replacing a line to a house.

Several houses were evacuated until the leak could be stopped and residents returned home. Gas was shut off to about 30 customers during the leak.

@AlliantEnergyWI is on scene. One home evacuated. Subcontractors working hit the line. Gas actively leaking at this time. pic.twitter.com/yr1szcOJ2c