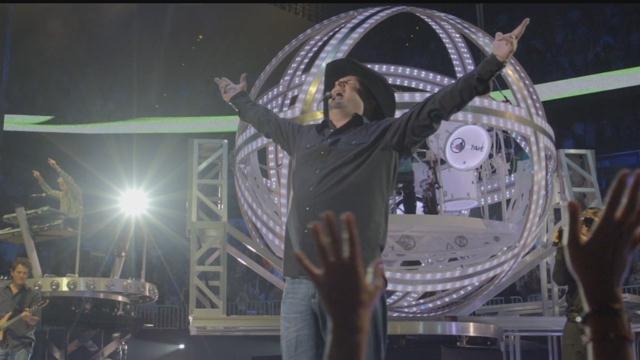 After a 19 year absence, Country Star Garth Brooks is returning to Milwaukee.

It's a special reunion for the downtown arena for which Brooks still holds a performance record.

For months arena executives had been working the phones the minute they heard Brooks was embarking on a world tour.

\"We may never see him again,\" CEO Steven Costello told CBS 58 News. \"He's a world class artist who transcends all kinds of music and is an amazing, iconic star. We're excited to have him here for, not one, but two shows at the end of September.\"

Tickets at $74.98 each go on sale August 28th through Ticketmaster.

There are some restrictions. Fans are advised to plan now.

\"The sale will be at Ticketmaster.com or Ticketmaster by phone only,\" explained Paul Jansen, Vice President, BMO Harris Bradley Center. \"Not at outlets or the box office on the first day. So we encourage all fans who are looking for tickets to go on now, make sure your account is set up and your information is accurate . So, come next Friday they have a good chance to get great seats.\"

An autographed guitar still on display.

Now there's great anticipation for the new memories that are brewing.

\"The phones started ringing off the hook,\" shared Costello. \"Certainly these two shows are going to sell out. There's no question about it.\"

Brooks is the number two touring show in the world. He's second only to the Rolling Stones.

He starts the BMO Harris Bradley Center's concert season which also includes \"The Who.\"