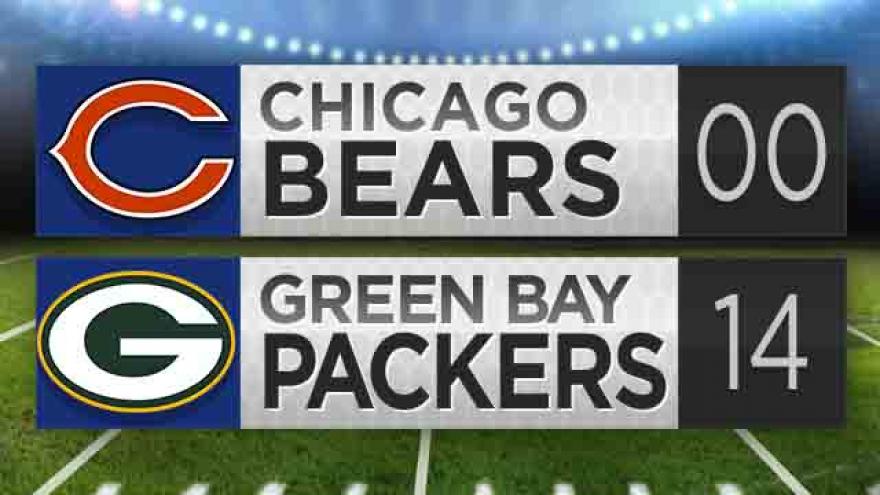 The game has temporarily been suspended due to lightning in the area.

Adams catches the 5-yard TD pass from @AaronRodgers12 and the #Packers are on the board!#GoPackGo#CHIvsGBpic.twitter.com/hjRuMuPzso

As the first quarter ended, the game was delayed due to lightning in the area. The players have cleared the field.