Strong to severe storms rolled through the state of Wisconsin Wednesday afternoon and evening. The storms started to move through our local area around 8 p.m. in Fond du Lac County and then push to the south. By 1 a.m. the last of the rain had moved through but not before causing some damage.

Most of the local damage reports were in our northern and southern communities. There were a few reports of trees down in Fond du Lac County but the biggest report was a funnel cloud spotted just east of the city in Mount Calvary just before 8:30 p.m. That report prompted a brief tornado warning for parts of Fond du Lac and Sheboygan Counties. According to the National Weather Service, no reports of damage have been received from that area so no damage surveys are currently planned. 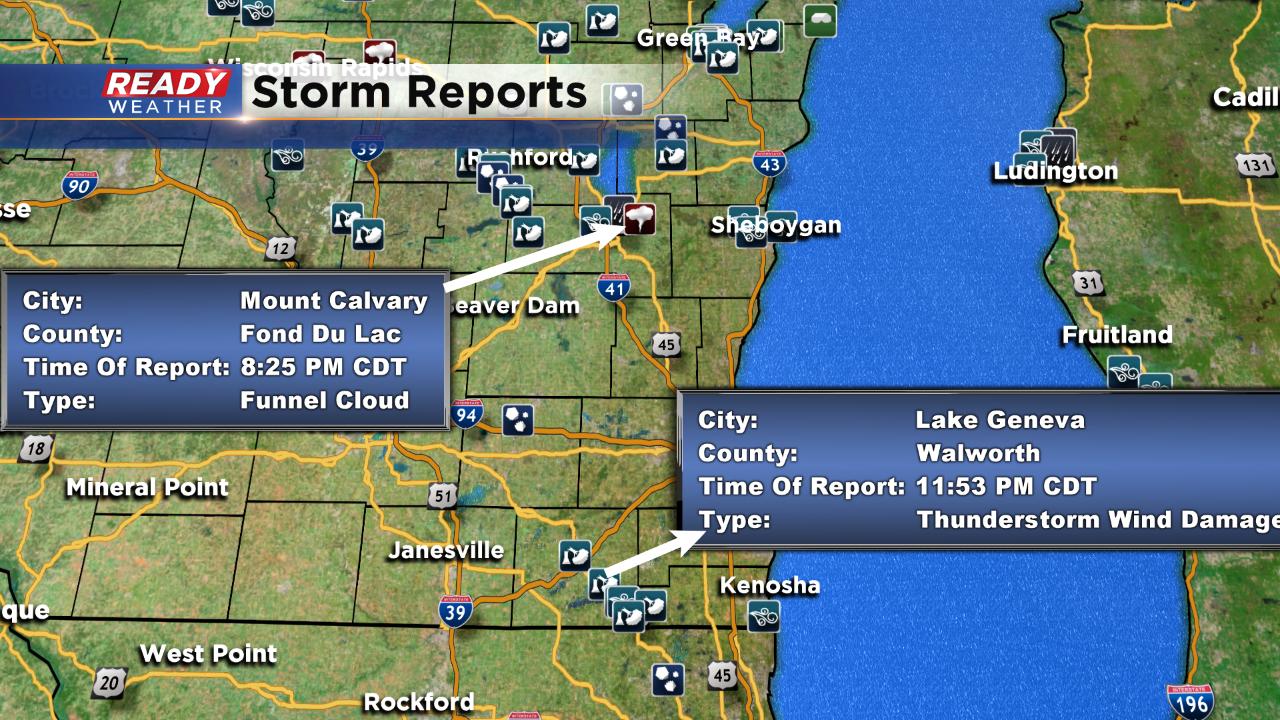 The other cluster of damage reports happened in Walworth County with dozens of trees down in the Pell Lake area and a report of a roof blown off a building in Lake Geneva.

The tornado warning in Fond du Lac wasn't the only one in the state. A couple of funnel clouds were also reported around Wisconsin Rapids. Before Wednesday's storms there were 23 confirmed tornadoes across the state which equals the yearly average. 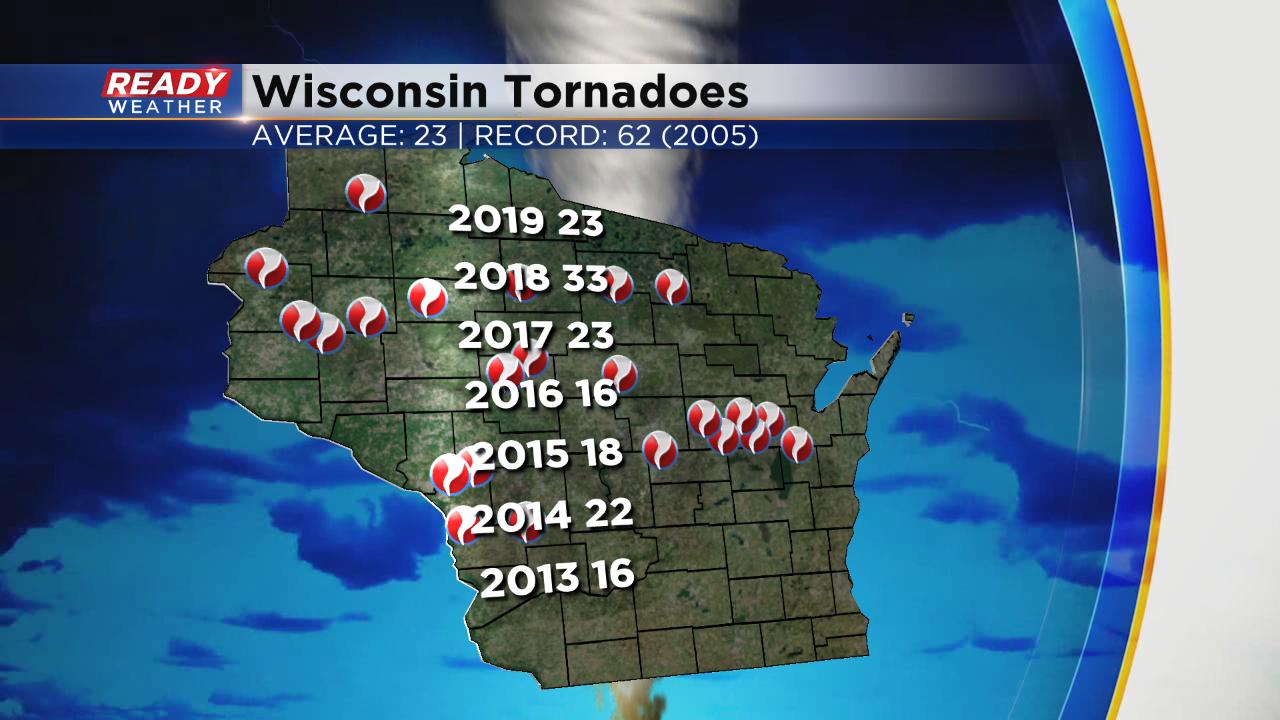 In addition to the severe wind and some hail, most of the area saw a soaking rain. Flooding was not a concern but most of southeast Wisconsin picked up anywhere from a half to full inch of rain for the second time this week. 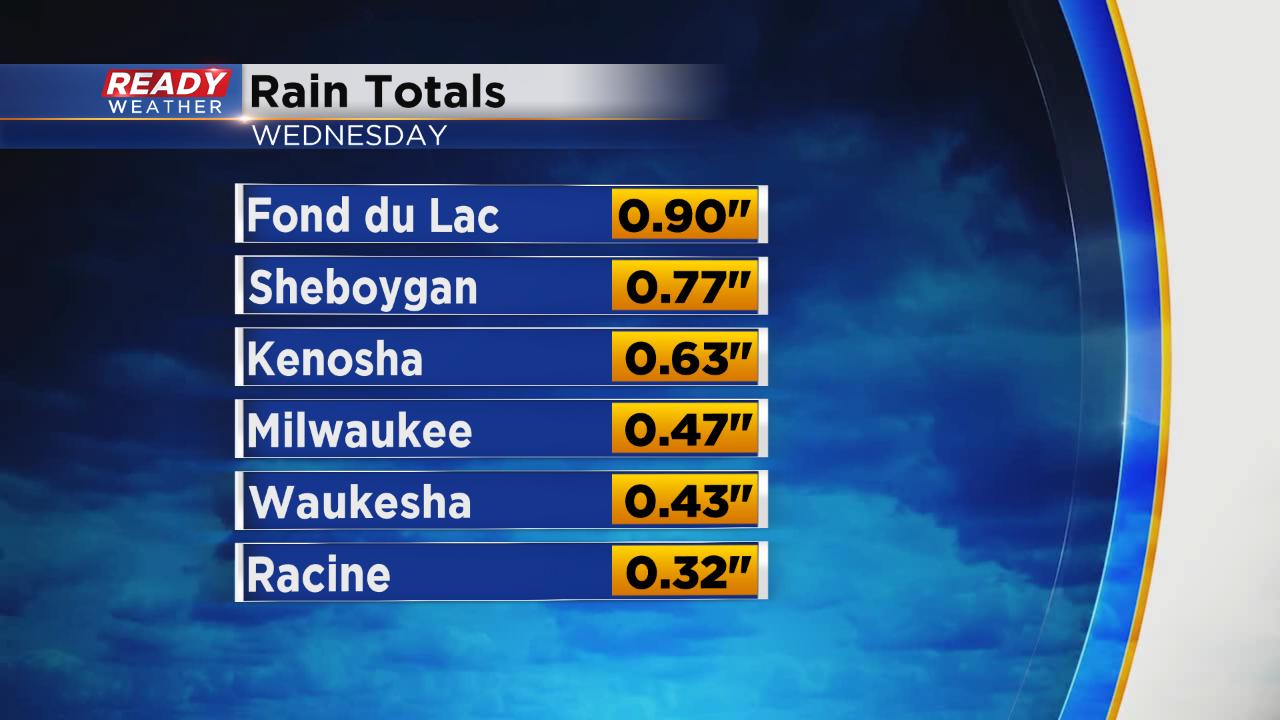 With Wednesday's soaking rain, Milwaukee is above-average on rainfall for the month of August. But August is the rainiest month on average so we will need to keep up the downpours or at least consistent rains in order to stay at or above average. 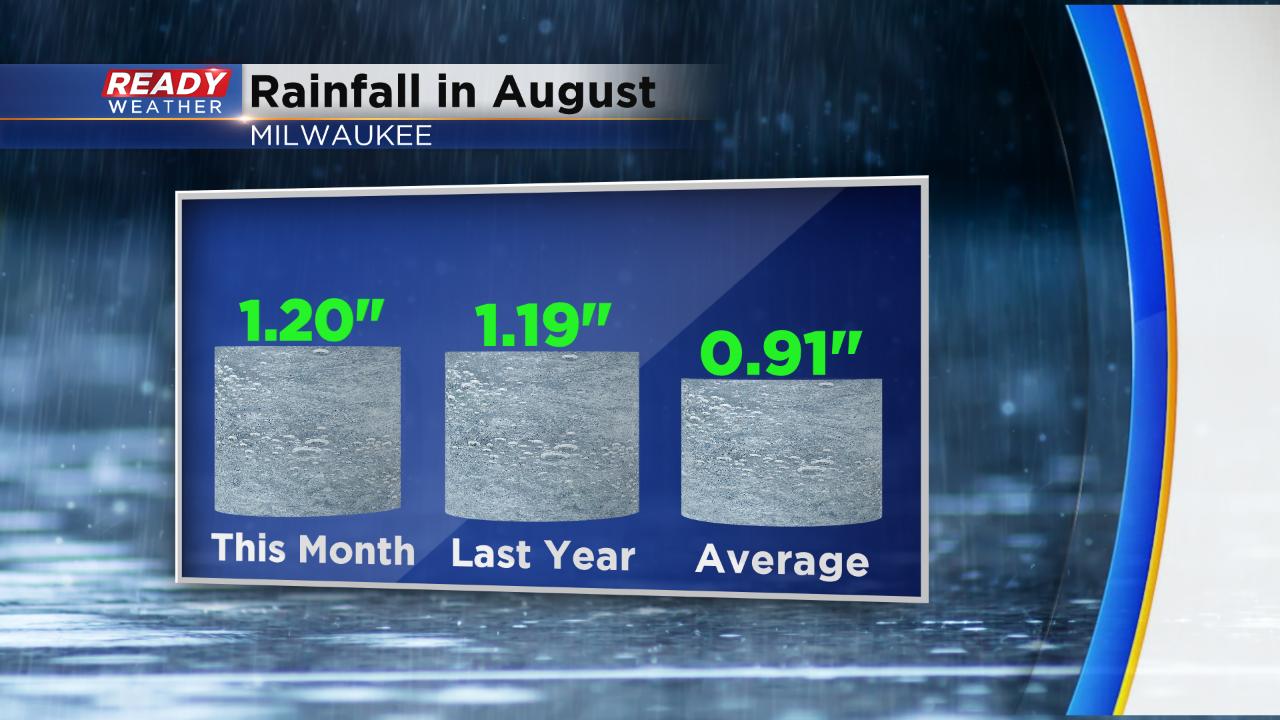 A dry stretch of weather starts Thursday with a 0% chance for rain the next three days. 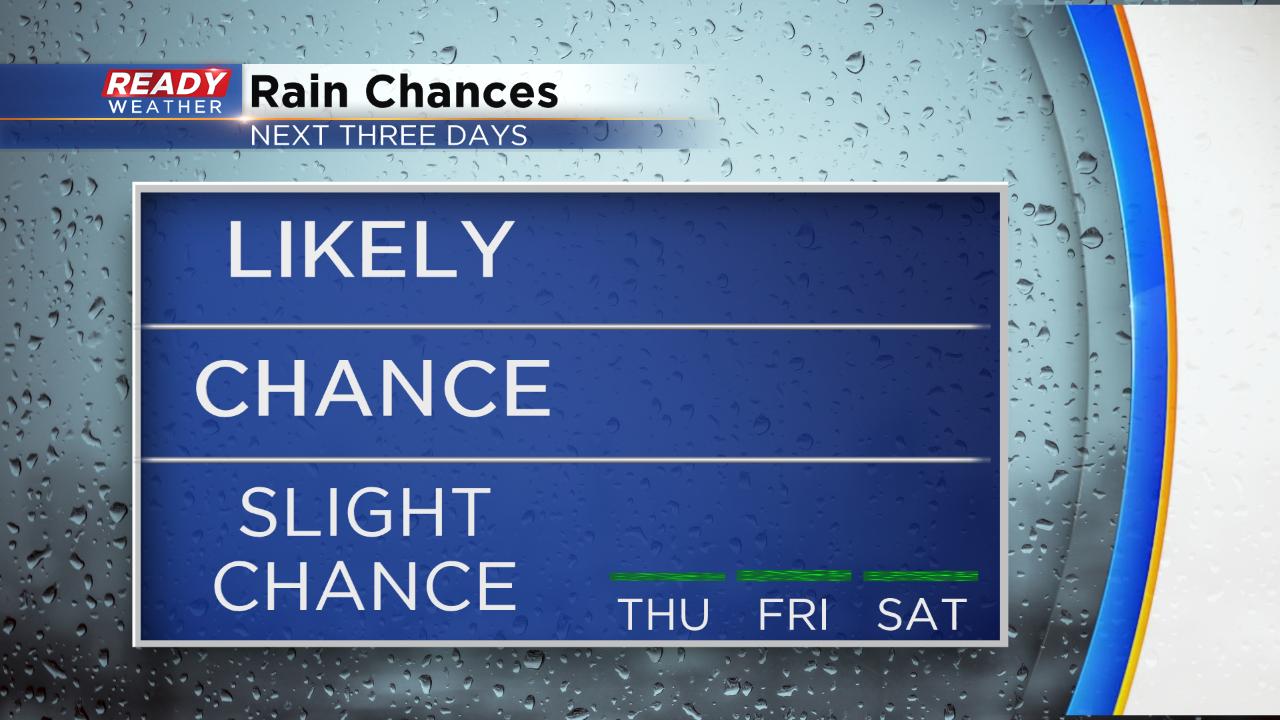 Download the CBS 58 Ready Weather app to track that next chance for rain.