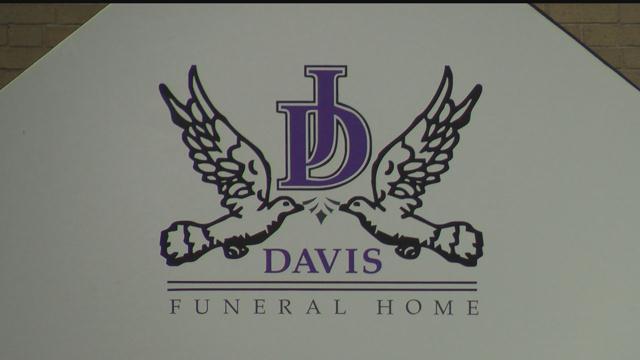 Funeral services are set for the 8-year-old boy and his grandmother who died after a crash last week.

The crash, on West Hadley Street, happened after two people in a stolen car crashed into a vehicle with five people inside. Two died, and three are still in the hospital.

The funeral home director has been working close with the family, and has a message he wants to share.

"[I] started in the funeral industry around 1998... you see more younger people around my age than you do elderly, [like] when i first came into the industry," said Jimmy Davis Jr, JD Davis Funeral Home owner.

Davis Jr. says he has seen tragedy over the years, but the type of tragedies are changing. On Friday the funeral home owner will lay 46-year-old Daniella Triggs, known to her friends as "Peaches," and her grandson Taeshawn Griffin to rest. They are the two victims who died in a crash last week when their car was hit by a stolen one. The 18-year-old driver that crashed into the car with Triggs and Griffin inside is now in custody. That man has been connected with other stolen cars including a crash in Washington County this week.

He says it's been difficult to see this family grieve, but news that the driver of the stolen vehicle has been arrested is helping them move forward.

"Yesterday helped bring some peace to the situation knowing that they did police did have someone in custody, but yet they want the other person as well that was involved in the situation," said Davis Jr.

Police are still looking for the other person that fled from the stolen car. Davis Jr. has a message he wants people to know after he's seen this tragedy unfold.

"I want to say -- young men please stop, please think of who you're hurting and what the consequences are," said Davis Jr.

Davis Jr. says those in Milwaukee shouldn't be turning to gun violence or stealing. If there is anger or frustration, they should vent to an adult they trust.