From $0 to $60: Abele Proposes New Vehicle Registration Fee for County 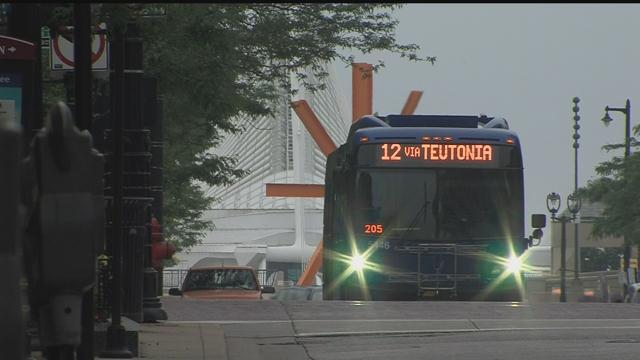 Talk about sticker shock: the cost to register your car in Milwaukee County could go from 0 to 60 dollars if the County Executive gets his way Chris Abele says it's the only way to keep transit rolling.

Some Milwaukee County drivers would have to pay up to 155 dollars every time they register or renew plates on their car.  Abele says its just 5 bucks a month but will provide millions in resources.

"No one's expecting more from the state right now for transit and we need an answer. This is an answer," said Abele.

Its  something only four other counties do but they all charge $25 or less.

Adding in the state's $75 registration fee and in the city of Milwaukee there's another $20 fee totaling $155 a year.

Abele says there would be assistance for low-income drivers.

And with the 27 million dollars generated he could keep the elderly and disabled- ho ride buses free with a Go Pass still riding.

"Going forward, will pay $5 for GoPass issuance  and $.25 per ride. This with the registration will keep transit affordable," said Abele.

And while some drivers are upset about the possible increase those who depend on MCTS say its worth every penny.

"I'm visually handicapped and I know a bunch of other people who wouldn't be able to take the bus with the frequency we'd like to . So anything that helps fund GoPass I guess I'm behind," said another resident.

“Abele campaigned hard in his last election on the principal of not raising taxes. Now he’s raising taxes. You can call it a “vehicle registration fee,” whatever you want to call it, it’s a tax.

“If he wants to get the Board’s support for his tax increase, he could have brought this to us before announcing it to the public. Traditionally, County Executives – even Scott Walker – brought their budget to the Board at our September meeting, but the public will see Abele’s budget before the Board will. This is not a good way to start the budget process.

“Abele wants it both ways. On the one hand he claims that getting the legislature to authorize an increase in the sales tax is not possible, so that’s not a revenue option. But on the other hand, he says in his statement today that he wants the legislature to change state law so he can index the wheel tax based on the value of the vehicle.”