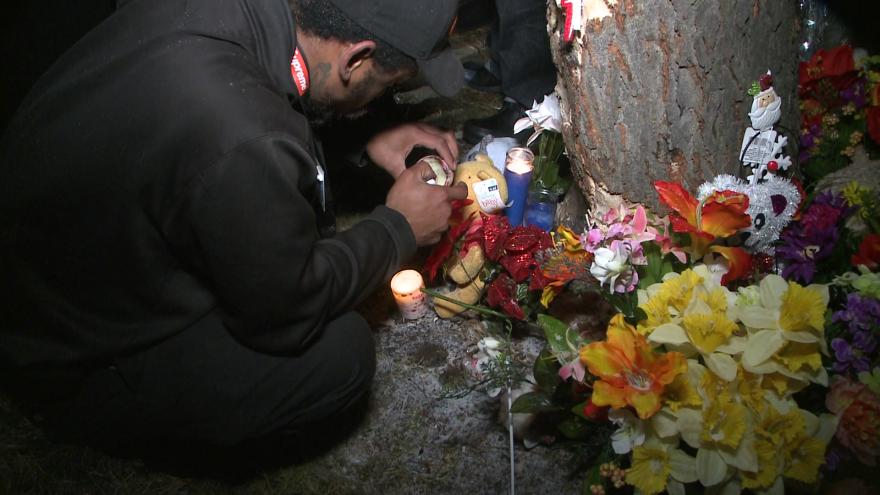 MILWAUKEE (CBS 58) -- Loved ones gathered Monday night after a violent crash killed a couple and two children on Milwaukee's north side.

They gathered at the scene of the accident that occurred on Friday, Dec. 27.

Prayers and hugs were shared near 26th and Townsend, where police say a car hit a tree, killing four people -- 29-year-old Larry Williams, his 22-year-old fiance Ayana Hill, and two of their children -- 2-year-old Yana, and 5-month-old Larry Jr.

Community members called on each other to learn from the tragedy.

"Continue to support this mother, support each other, and let's make this going into 2020 something that our community can rally around and move forward in a great way."

As the family grieves, they're thankful that the couple's 1-year-old daughter is recovering.

"God still sent a miracle. My one-year-old granddaughter, Aryana Williams was released this evening from the hospital. And is doing well."

Police are investigating what caused the crash.

A GoFundMe has been set up for the family.