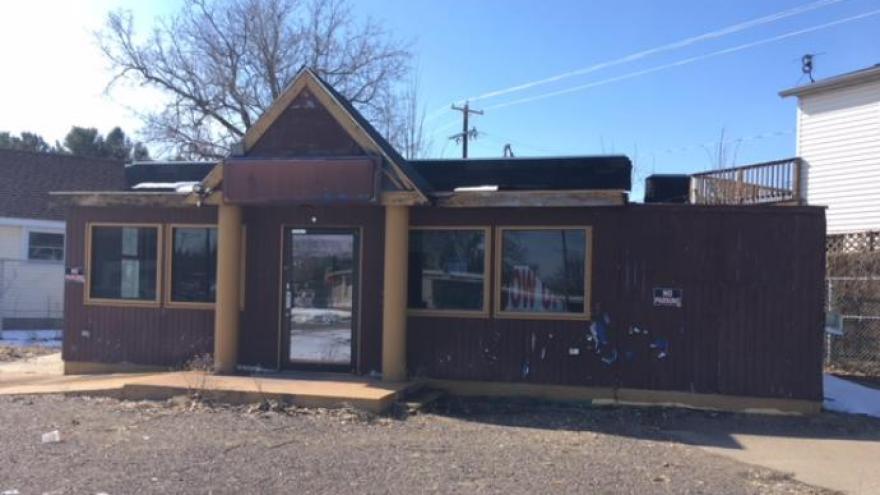 TOMAHAWK, Wis. (WSAW) -- Last month marked 10 years since Rochelle Anderson was murdered in Tomahawk. The 25-year-old's body was found March 22, 2008. She was stabbed and beaten to death where she worked at the Zephyr Fuel and Convenience Store on the 400 block of N. 4th Street in Tomahawk.

That convenience store is now vacant, and family and friends to want to see it torn down.

Rochelle's father, Randy Anderson, has been driving by the spot his daughter was murdered every day for the past 10 years. For him, seeing the building come down will be the final piece he needs to get closure.

"Nothing gets better, it just changes. I have to deal with this everyday. This is never going to go away for me," said Anderson.

"The family deserves closure. It was a murder. Their daughter was taken not in a fair way. And they just need that closure," said Kelly Vandermoss, a family friend.

For Randy, as the years pass the pain hasn't gone away.

"I hate driving by here. So, standing on this property is extremely tough for me. But there too, one step at a time," said Anderson.

"It's really hard to drive by this year after year," said Ellen Gessler, another family friend trying to get the abandoned building demolished.

At the old gas station, a haunting memory lingers at the building now in a state of disarray.

"I've been driving by this building for 10 years. What I would be satisfied with, is if this is just gone.If it's never anything other than a vacant lot again, I'm okay with that," said Anderson.

"It's an eyesore. We're a small community. A lot of our revenue is based on tourists. They come through town, this could be a viable place that could bring revenue into the community and help stimulate our economy," said Vandermoss.

Tearing the building down would benefit not only the community, but a family in mourning.

"The family needs closure. They truly do. I mean they lost their daughter, friend... and it's just really hard for them. And I'm going to help them get the best result that they want," said Vandermoss.

Hopefully, and step by step, that result to erase a building, and an unwanted reminder, comes to fruition.

"I'm going to be a pile on that day, trust me. I'll be a pile of emotion that day. But, the day of and every day after is going to be what I need--it's the final piece for me," said Anderson.

Right now, friends and family are still trying to contact the property owner to talk about possible plans for redevelopment. They hope to explain why demolishing this building will ultimately benefit the community. This topic is on the April 17 agenda for Tomahawk's City Council meeting.

If the building is eventually torn down, family and friends said they would like to see a memorial built in Rochelle's honor.

Derek Domke was convicted of first degree intentional homicide as party to a crime in the death of Rochelle. In Jan. 2009, he was sentenced to life in prison. He'll be eligible for parole in 2053.