Franklin Man Drives A Truck Through A Residence After Drinking 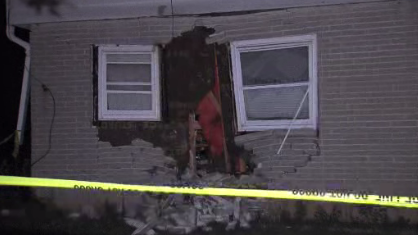 Greenfield officers responded to a Hit and Run crash of an occupied residence. Dispatchers received a call that a white truck drove into the kitchen of the residence before fleeing the area. Officers arrived to find significant damage to the residence, along with numerous vehicle parts. Fortunately, the residents inside were not injured as a result of the crash.

A short time later, a citizen reported observing the suspect vehicle in the 3000 block of S. 49th St. Officers located the vehicle which was being driven by a 39-year-old Franklin man. When asked why he hit the house, the man stated, “Drank too much”. The man was arrested on suspicion of 3rd offense Operating While Intoxicated, and Hit and Run.

He was transported to St. Luke’s Hospital for minor injuries as a result of the crash.

The residence was deemed uninhabitable due to the structural damage sustained