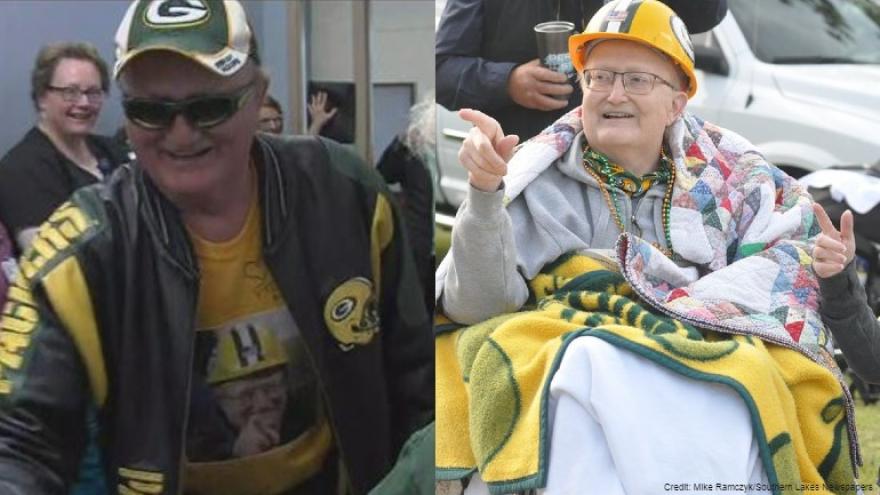 In 2017, the Union Grove man was the 19th person inducted into the Green Bay Packers Fan Hall of Fame. He had also been fighting prostate cancer. Frank's story was an inspiration.

CBS 58 was there when he underwent a chemo treatment and Froedtert Hospital in 2017. Staff surprised him with a party in his honor and donned him with the nickname "Uncle" Frank Lamping.

His love for the Packers was through and through. Frank had an entire room filled with memorabilia, including game-worn Reggie White cleats, a piece of the actual goal post from the ice bowl, and a check from Vince Lombardi.

On Saturday, June 13, a parade was held for Frank in Union Grove. According to MyRacineCounty.com, Frank was told he had just days to live. Police, fire, and of course Packers' fans, took part.

Saddened to hear the news this morning that our friend and @packers Hall of Fame Fan, Frank Lamping, lost his courageous battle to cancer. Frank was the George Bailey of @uniongrovewi. He will be sorely missed but has made a lasting impact on so many lives. #GoFrankGo Forever. pic.twitter.com/ZDzuBxOgso