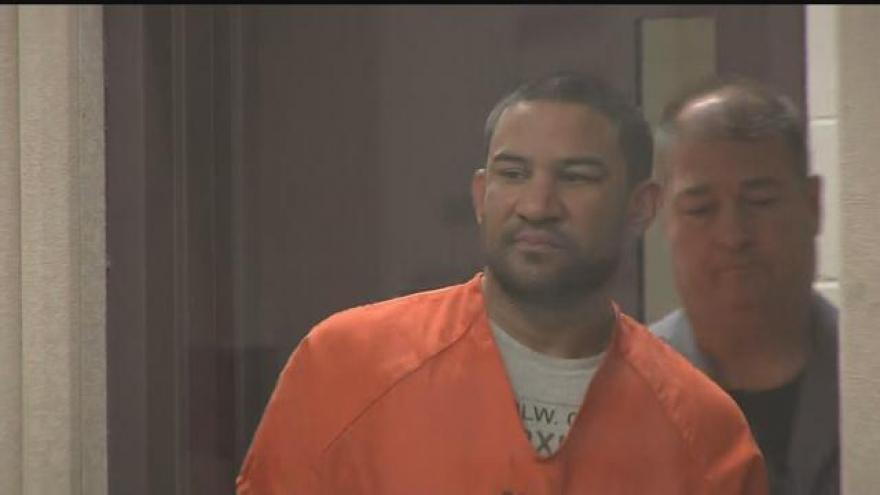 Frank Jude was charged with criminal damage for allegedly causing $5,000 in damage at Teutonia Gas Station.

The incident occurred on April 8.

According to the criminal complaint, Milwaukee Police were called to the scene at Teutonia Gas Station located at 4200 block of North Teutonia Avenue.

Police allegedly observed a man standing with his shirt off at the front door of the gas station yelling through a broken window.

Milwaukee Police observed numerous metal racks of food knocked over with the food all over the floor.

Jude allegedly goes on to knock a microwave off a shelf and throw a glass bottle through the window of the front door.

The store owner said Jude allegedly did $5,000 in damage and lost approximately $2,000 in revenue.

Jude was beaten more than a decade ago by off duty Milwaukee Police Officers.

Since he settled for $2 million with the city, he has had a series of runs in. this gas station meltdown the most recent back on April 8th.

His attorney, Jonathan Smith once represented one of the officers who were convicted of assaulting Jude. Smith insists they have a good rapport and was with his client in intake court on Thursday morning.

\"I think a lot of it can be connected to what happened to Mr. Jude back in 2004 and he's had some difficulties subsequent to that time,\" offered Smith. \"There was no violence directed any particular individuals. Certainly not at the station. Mr. Jude believed a certain scenario was taking place which will be discussed later in court. He certainly feels bad for the damage that occurred with the station. I expect that to be remedied.\"