Briggo is based out of Austin, Texas and is described as the creator of the "world's first gourmet, robotic barista." 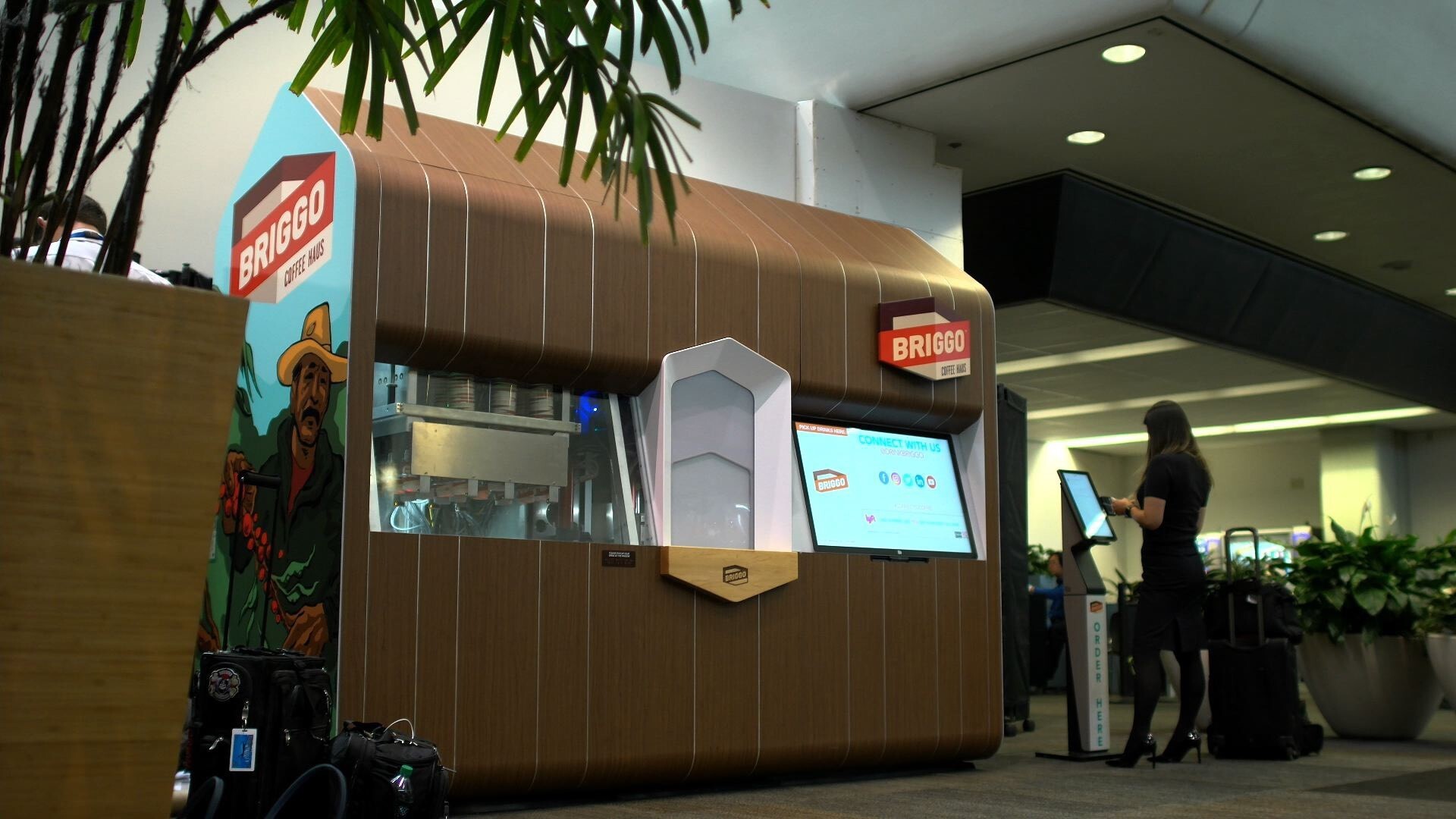 The machines, called Coffee Hauses, offer an automated experience where users can create their own custom cup of coffee or tea. The company currently has its machines in multiple Texas locations as well as a Coffee Haus at San Francisco's International Airport, but the company has plans on expansion.

“Consumer demand for Briggo’s connected coffee experience has grown fast and it is time to scale-up our production capacity with this exciting global partnership,” said Briggo CEO Kevin Nater in a statement. “Foxconn Industrial Internet provides us the scale and speed necessary to revolutionize the global specialty coffee market.”

While the Foxconn site in Mount Pleasant has primarily been touted as a source of LCD panel production, Foxconn officials have maintained that the campus can build other items.

"The [Foxconn Industrial Internet] team is passionate about its commitment to produce made-in-America products," said Fii USA President Foo-Ming Fu in a statement. "By adding Briggo to our customer portfolio, we now have the opportunity to produce a cutting-edge, cloud-based, robotic retail platform through smart manufacturing capabilities needed to support their aggressive growth plans."

Briggo's CEO told CBS 58 News that small-scale production of Coffee Hauses is expected to begin at Mount Pleasant as early as the fourth quarter of 2019.

"We will eventually grow with [Foxconn] and be part of that larger manufacturing footprint," Nater said in a phone interview. "But they can get at this right away with us in the capacity they have there right now."