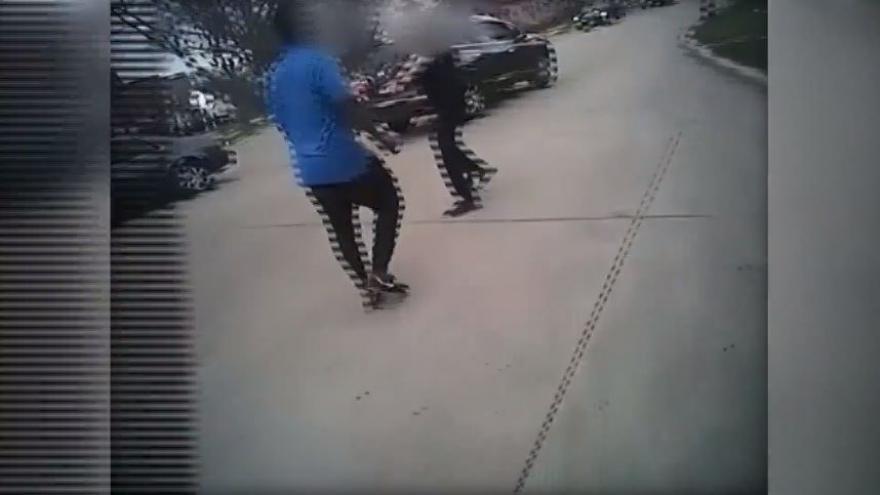 MILWAUKEE (AP) — Four Milwaukee police officers are under investigation for kicking and punching an African American man while he was restrained on the ground during a confrontational arrest that was captured in several videos.

One officer is on paid suspension and three others are on administrative duty after video shot by a bystander emerged of the violence Wednesday evening. Separate police body camera footage shows the suspect earlier attacked officers who were investigating a report that he appeared to be having a mental breakdown and acting violently toward relatives and others in a neighborhood in Milwaukee's predominantly black north side.

Police say one officer suffered facial injuries and three others had swelling and bruises. The 25-year-old suspect, whose name has not been released, was taken to a hospital with non-life-threatening injuries and will undergo a mental health exam.

The violent arrest is the first public relations crisis for Morales since he was elevated to chief in mid-February. At the time, he pledged to help restore confidence in a police department that has had a strained relationship with black and Latino residents for years.

"I support the members of the Milwaukee Police Department," Morales said during a brief news conference late Thursday afternoon. "The officers take tremendous risks on a regular basis. However, it is important officers abide by our training and policy."

Morales took over the job from Edward Flynn, who retired in February after 10 years in the department. Morales will serve until January 2020, which is the remainder of Flynn's term.

During Flynn's tenure, the American Civil Liberties Union in Milwaukee sued the department, alleging police officers were stopping black and Latino residents and questioning them without probable cause. The city is considering settling the lawsuit for $1.9 million and the Milwaukee Common Council is expected to vote on the matter on Tuesday.