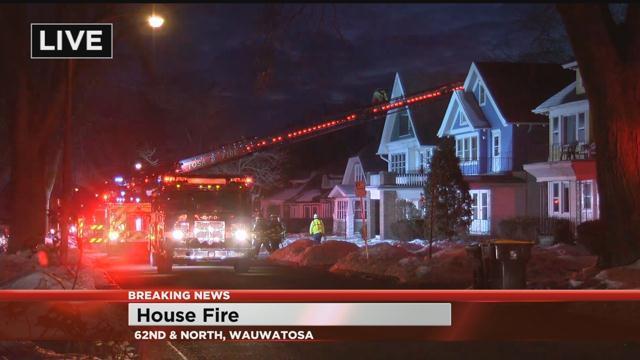 Milwaukee Firefighters were on the scene of a garage fire on 62nd Street and North Avenue on Friday.

At 5:40 PM, the firefighters were hosing down the burnt garage.

Wauwatosa Fire Chief said that the owner of the house/garage said he was having troubles with his car.

The garage door was down at the time of the fire so the owner thinks it may have been the car. However, Tosa Fire can't say for certain that it was the car but something inside the garage did created the fire.

No injuries. Minimal damage to the house and the house next door. The garage behind the garage also caught fire. Four fire departments were on scene.