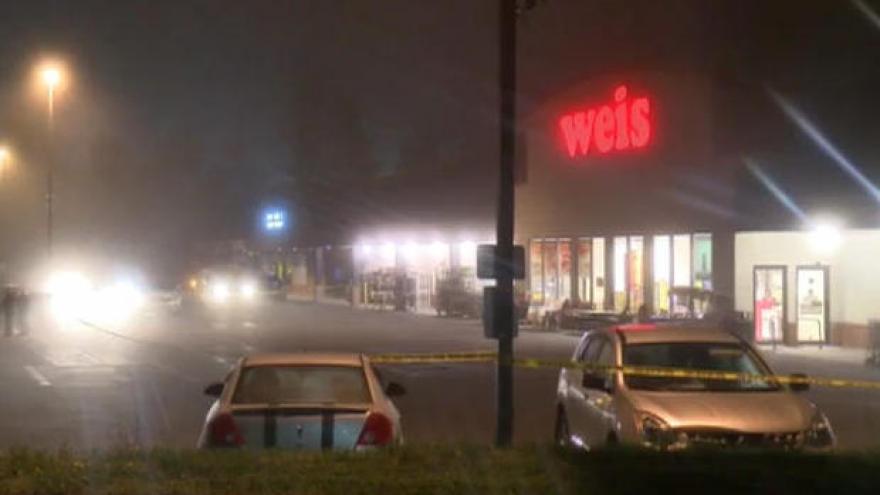 Troopers responded to a report of someone shooting people inside Weis Market in Eaton Township, about 25 miles northwest of Scranton, just before 1 a.m. Thursday.

Troopers found the bodies of two males and two females inside, along with one witness.

Authorities believe one of the males opened fire on the others before turning the gun on himself.

Authorities believe it is a contained incident and the public isn't in danger.

The Bomb Squad was called to the scene to check out a car in the parking lot, WYOU says.

No names have been released.