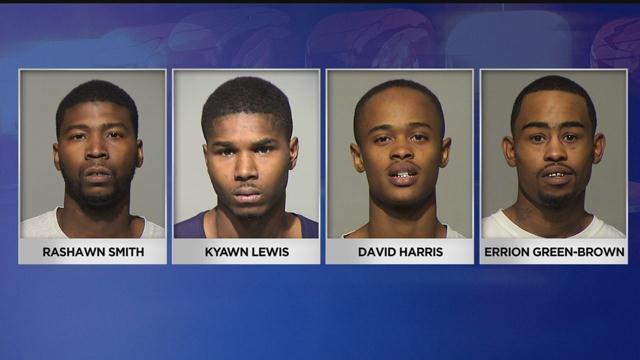 The criminal complaint details how the dealers and their distribution of heroin has increased violent crime like homicides, shootings, firearm violations, and robberies.  The four involved, Rashawn Smith, Kyawn Lewis, David Harris, and Errion Green-Brown allegedly pool their money together to buy large amounts of heroin.  Smith told investigators on "an average day, the BMA will make between $20,000 to $28,000".  They also told officers they heard a rumor about the Milwaukee Police department's pursuit/chase policy and tried to exploit it. Smith told investigators that they heard the rumor, "about the Milwaukee Police no being able to chase. Smith stated that based on this rumor, they tried it [and confirmed the rumor to be true], thus, they have been practicing this method of operation ever since."

Milwaukee County district attorney John Chisholm said this shows an evolution of a crime trend in Milwaukee.  He says the group used stolen cars to take the drugs to customers, instead of customers coming to them. Chisholm says the chase policy isn't an issue because law enforcement has been able to adapt.

"It oftentimes requires you to use more intense resources, more focused effort and this department is going to do that. It's easy for people to say aw you should just chase everybody again until it's your loved one that is killed in a high speed chase.  We can deal with this, it just means we're going to have to focus on it and use different laws and techniques that are available to us and we will do so."

Smith, Lewis, and Harris are in custody.  Police are still looking for Green-Brown.