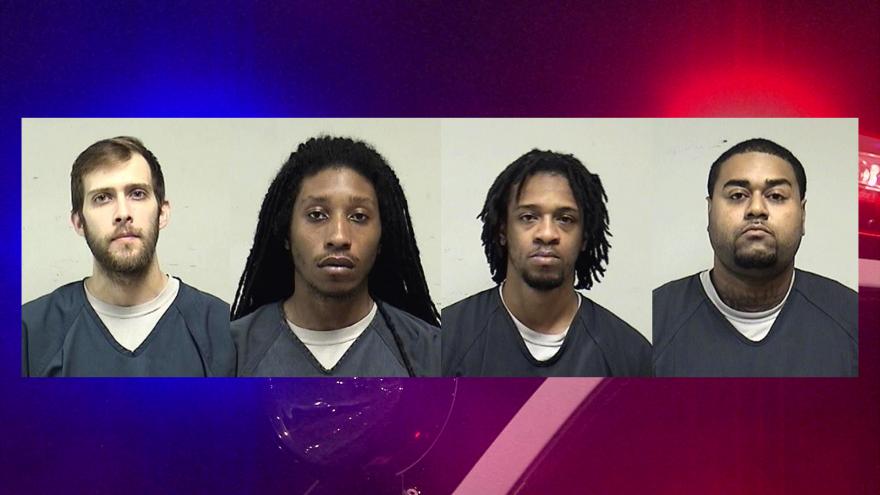 KENOSHA, Wis. (CBS 58) -- Four people are in custody and more than 100 grams of fentanyl and heroin are off the streets after a drug bust in Kenosha County.

On Tuesday, September 4, two of the suspects, 28-year-old Cory Piehl and 21-year-old Willie Jones, were seen leaving the house and driving away in a vehicle. Investigators arranged a traffic stop and took both suspects into custody. Later, police learned the location of the third suspect, 26-year-old Zachary Moore, and he was also taken into custody.

After getting a search warrant, police then searched the home and say they found about 45 grams of pure fentanyl and another 21 grams of heroin. Investigators say they also found several items related to drug activity and deliveries.

Following interviews with the suspects, KDOG learned of a large drug delivery to Kenosha from Chicago that would be made at the house. After setting up a surveillance, a suspect vehicle arrived at the home and authorities were able to take a Chicago man, 28-year-old Dwayne Jones, into custody. About 73 grams of both fentanyl and heroin were found with the suspect.

The Kenosha County Sheriff's Office says as a result of the investigation, about 140 grams of both fentanyl and heroin were recovered. Charges are being filed against the four suspects who were arrested during the investigation.