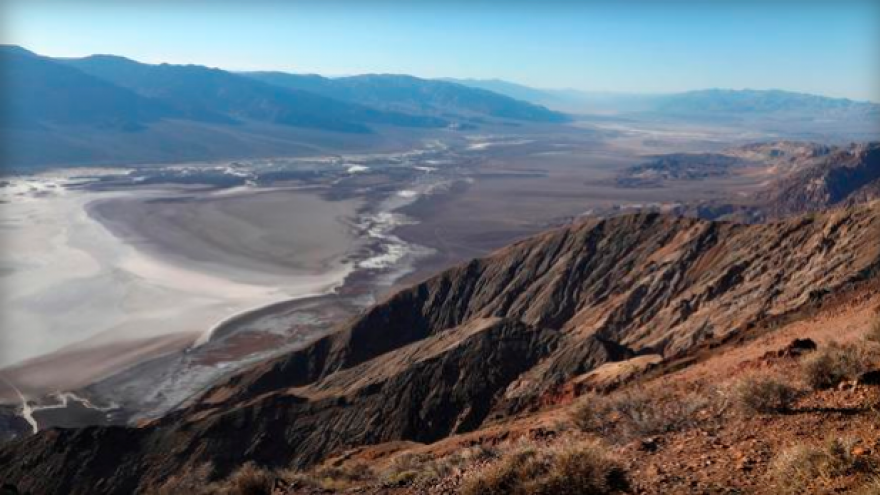 The park announced Tuesday that scientists who visit the area to document the fossilized animal tracks discovered the theft recently and reported it to rangers.

The National Park Service released three photos showing a number of backpackers who were seen in the area at approximately that time, who may have witnessed the theft or have information about it.

The fossils formed 3 million to 5 million years ago after animals walked across what was once a muddy lakeshore in the park that sprawls across 3.4 million acres in California and Nevada.

Park Superintendent Mike Reynolds says it’s illegal to collect fossils, rocks or anything else in the park.

“The purpose of National Parks is to conserve the landscape and everything it contains for the next generation,” he said in a public statement.

This follows several other incidents of vandalism and theft in the park. The Las Vegas Review-Journal reports recent cases included a man whose tire tracks defaced the park’s famous dry lake — the unfortunately named Racetrack Playa — during a 10-mile joyride in August, and a woman who pleaded guilty to damaging government property in a graffiti-spraying spree in 2014.

A $1,000 reward is being offered by National Park Service investigators for information leading to an arrest and conviction of whoever took the fossils.