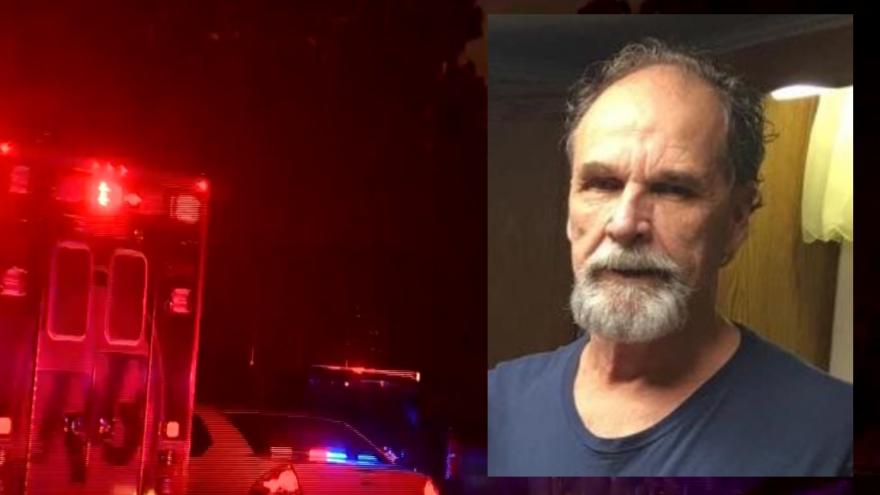 JEFFERSON COUNTY, Wis. (CBS 58) -- Charges have been filed against a man accused of killing his sister and brother-in-law in the Town of Sumner on June 16.

He remains at large, and a warrant has been issued for his arrest.

Anderson is described as a 6' tall white male, weighing 200 pounds with blue eyes and balding, brown hair. If you see Anderson, do not approach him. Contact law enforcement immediately.

According to the criminal complaint, a Jefferson County sheriff's deputy responded to a call of a potential burglary in the Town of Sumner around 5:48 p.m. on June 16.

The complaint says Nedra Lemke called 911 and told dispatch that she and her husband, James Lemke, had arrived at a property to mow the lawn when they noticed some broken windows. She said she was concerned someone may have broken in.

When a deputy arrived on scene, he noticed an SUV parked in the driveway and parked his squad several yards behind it. The complaint says as he approached the vehicle, he saw a woman, later identified as Lemke, lying on the ground next to the vehicle with a gunshot wound. He then noticed someone moving in the back of the vehicle who appeared to have mental disabilities. The deputy asked him if he was okay and the individual did not respond.

As the deputy walked back to his squad, the complaint says someone began firing a gun in his direction. The deputy believed that person was firing from the second story of the home on the property, and he returned fire.

Another deputy arrived on the scene, and about six minutes later, dark smoke and flames were seen coming from the house.

Detectives used a drone to search the scene and saw a man, later identified as James Lemke, lying on the driveway in front of the SUV, also deceased.

According to the complaint, the individual in the back of the SUV was determined to be the brother of Anderson, who is nonverbal due to mental and physical limitations.

Autopsies revealed that both victims died of multiple gunshot wounds.

Despite the execution of multiple search warrants, law enforcement has not been able to locate Anderson, and authorities say no human remains were found at the scene of the fire.

According to court records, Anderson was previously convicted of three counts of recklessly endangering safety in 1993.

Anyone with information regarding his whereabouts is asked to contact the Jefferson County Sheriff's Office at 920-674-7310.