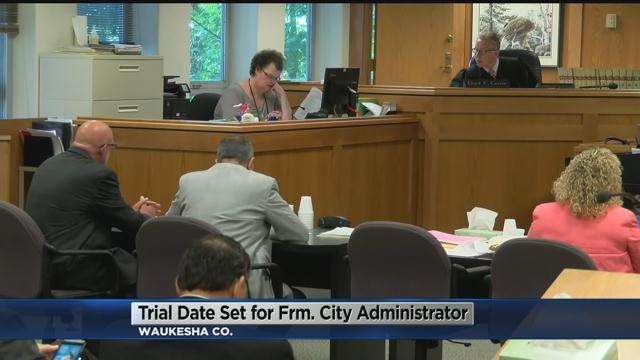 The former West Bend City Administrator accused of soliciting a teenage girl for sex is headed to trial.

Thomas Justice was in court in Waukesha County this morning.

A trial date has been set for December 13, and the week before that there will be a jury status hearing.

Justice resigned as city administrator back in April after explicit text messages were discovered between him and a 16-year-old girl.