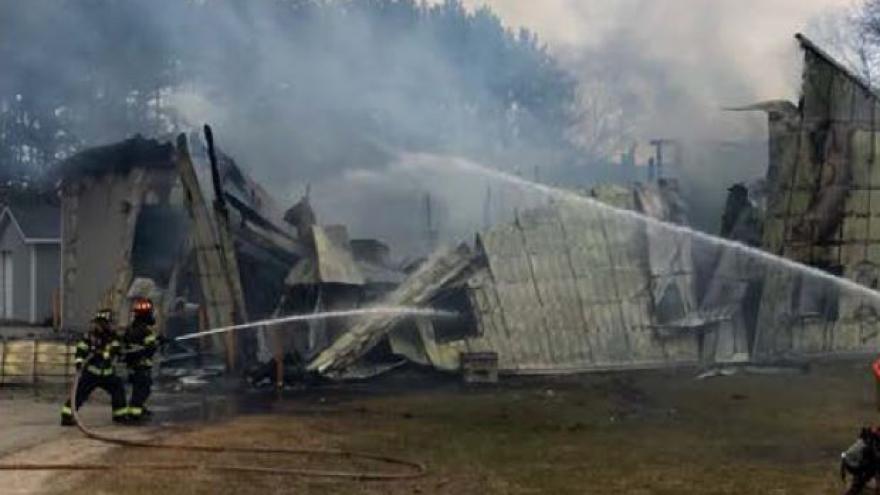 Authorities say they were called to the building near Boys School Road and Scuppernong Drive around 4 p.m.

No one was on the property at the time. Authorities say the cause of the fire is unknown, but it is not believed to be suspicious.