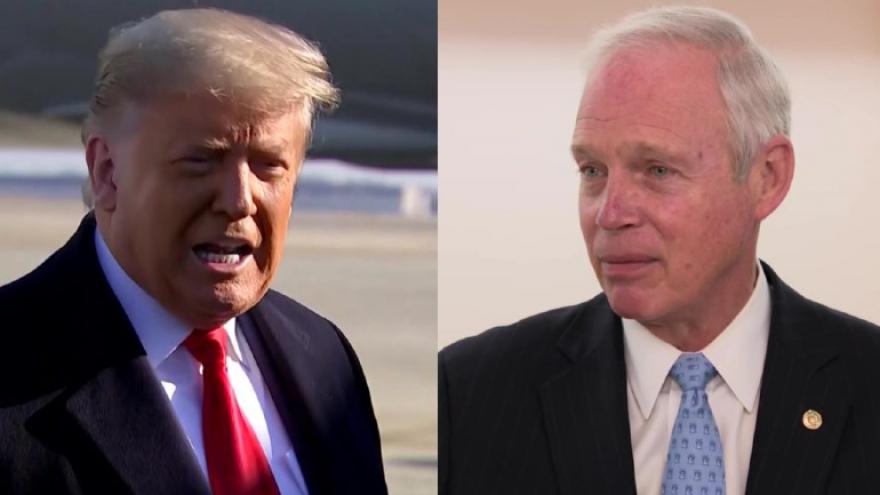 Wisconsin (CBS58) -- Former President Donald Trump endorsed Senator Ron Johnson of Wisconsin to run for a third Senate term even though the Senator has yet to decide whether he will seek reelection.

"Even though he has not yet announced that he is running, and I certainly hope he does, I am giving my Complete and Total Endorsement to Senator Ron Johnson of Wisconsin. He is brave, he is bold, he loves our Country, our Military, and our Vets. He will protects our Second Amendment, and everything else we stand for. It is the kind of courage we need in the U.S. Senate. He has no idea how popular he is. Run, Ron, Run!"

Johnson, in a text to The Associated Press, said he appreciated Trump’s “words of support and encouragement.” He did not respond when asked who Trump’s endorsement affects his decision-making process, according to the AP.

Sen. Johnson has not decided whether he will seek reelection for his seat in 2022, but he said to his pledge about not seeking another term is "probably my preference now."

Contributions to this story also made by: Emilee Fannon
Share this article: