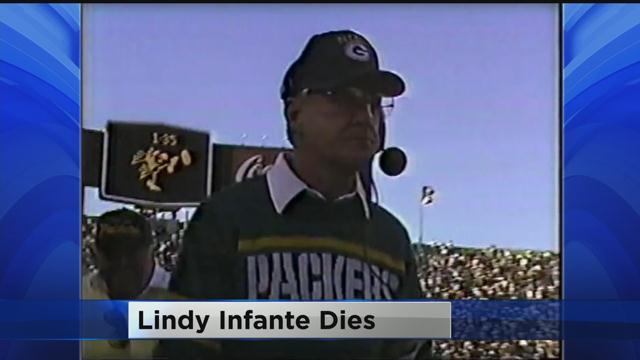 Former Packers Head Coach Lindy Infante, who led the team during the 1988-91 seasons, passed away Thursday morning. He was 75.

“The Packers Family was saddened today to learn of the passing of Lindy Infante,” said Packers President/CEO Mark Murphy. “Lindy’s 1989 team rekindled the enthusiasm of Packers fans with its exciting victories, and he and his wife, Stephanie, were very active in the community during their time in Green Bay. The organization’s sincere condolences go out to the entire Infante family.”

“For a franchise that had been struggling for so long to find a winning way, the emergence of that team under Lindy as new coach and Majkowski as its quarterback gave us great promise for the future,” Harlan said. “It brought back a great deal of excitement in the community we hadn’t felt for a long time.”