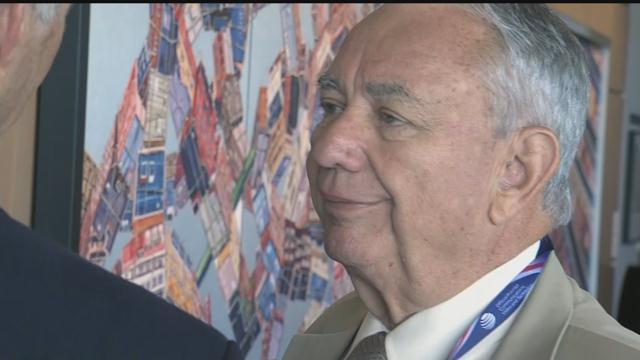 Walker told reporters his speech will be a full endorsement of Donald Trump.

At this morning's Wisconsin delegate breakfast, delegates and speakers where still excited by the speech from Wisconsin senator Ron Johnson and Speaker of the House Paul Ryan.

We spoke to some Wisconsin politicians to get a better idea of what they expect to hear from Walker tonight.

"Governor is going to focus a lot on the fact that this is a far better and more astute choice for the future of this country than a Hillary Clinton presidency would,” said Lt. Gov. Rebecca Kleefisch.

"I think it's going to be more of an interactive speech... in that regard it might be similar in style to Governor Christie's,” said Glen Grothman.

And Gov. Walker tweeted a preview of the interactive part of the speech Saying "During my speech tonight at the RNC in Cleveland When I say why? Feel free to answer - because America deserves better"

"He's following the gameplan that I said he should do. You go and hold townhall meetings... I would do it a little bit different but I'm not the governor he is... And he's got to build his popularity. He builds his popularity... Anything can happen. But you don't run for election when you're at 35 percent approval rating," said former Governor Tommy Thompson.