MILWAUKEE (CBS 58) -- A former Children’s Wisconsin emergency room doctor is now charged with child abuse, but a national news report by NBC found some medical experts who say there is no proof.

Back in May, Milwaukee Dr. John Cox fell asleep holding his 1-month-old adopted daughter and woke up partially on top of her. Worried, he brought her to Children’s Wisconsin where the staff found bruises and ultimately determined the baby had been abused.

On Jan. 23rd, Cox was charged with physical abuse of a child, a felony charge that comes with a maximum penalty of six years in prison.

NBC’s report published Monday, finds some issues with the child abuse investigation. The report says seven dermatologists reviewed the case and said the nurse on the child abuse team confused the baby’s birthmarks for bruises. Plus, several experts say a blood test was misinterpreted. 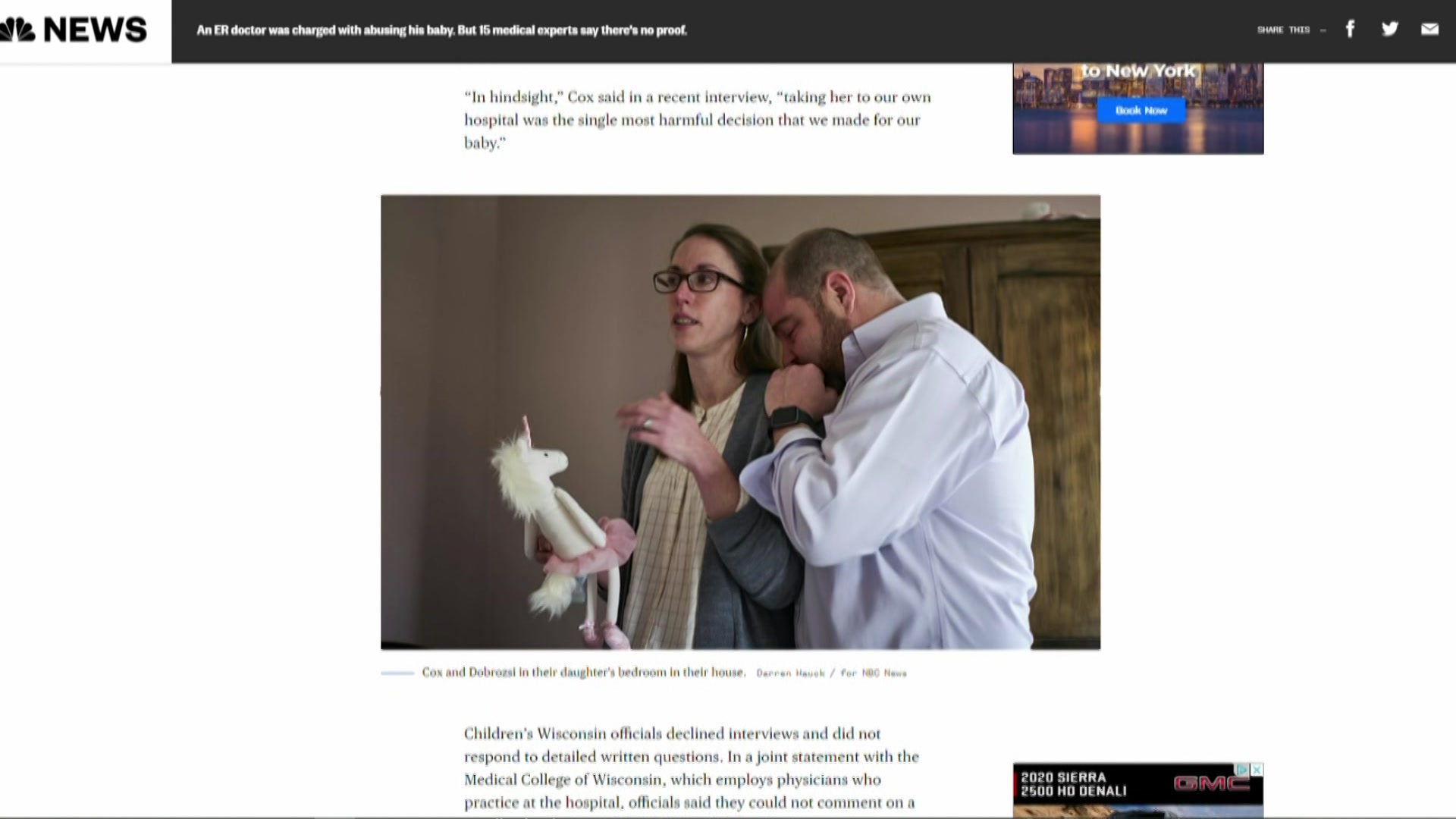 However, the criminal complaint argues the baby had bruises on parts of her body that did not match up with the Cox’s story.

Monday, Jan. 27, Cox’s attorney filed a motion to have the case dismissed calling the criminal complaint “defective” saying it does not have enough facts to support a crime was committed.

NBC talked to several Children’s Wisconsin doctors who described an “out-of-control child abuse team that is too quick to report minor injuries to authorities.”

One physician told NBC “this is a disease in our hospital.”

Children’s Wisconsin and the Medical College of Wisconsin provided this joint-statement to CBS 58:

The charges filed against Dr. John M. Cox do not involve care he provided to any Children’s Wisconsin patient. He has not seen patients since the allegations were first made and is no longer employed by MCW.

Given that Dr. Cox is involved in an ongoing legal matter, we cannot comment on his case.

Prevention of child abuse and neglect is core to Children’s mission of caring for kids. We take seriously our responsibility to protect children and take action on their behalf. As a health care organization dedicated to quality, Children’s will review the practices of the Child Advocacy and Protection Service to ensure it remains one of the leading programs in the country.

The Child Advocacy and Protection Service at Children’s Wisconsin is part of a broader system designed to protect children by detecting, preventing and treating abuse and neglect. The hospital-based Child Advocacy team is a multidisciplinary group of medical professionals and social workers who provide consultation on suspected child maltreatment cases. The Wisconsin Child Protection Services agency determines whether investigations are warranted.

They also shared this internal communication that was sent to their staff:

A gag order was issued for this case meaning none of the people involved are able to discuss it with the media.

The State has until Feb. 4 at 5 p.m. to respond to the motion to dismiss the case.