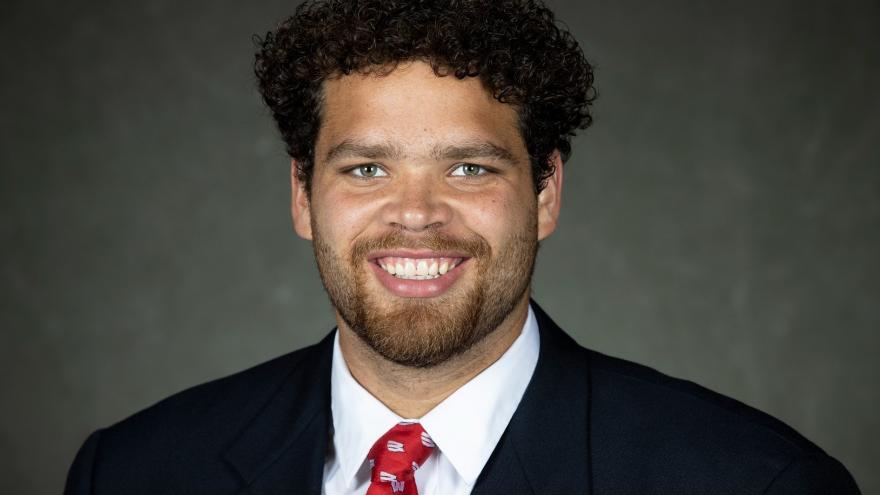 MADISON, Wis. (CBS 58) -- We are just a few weeks out of the 2022 NFL Draft, and quite a few Badgers heard their name called, headlined by linebacker Leo Chenal going to the Kansas City Chiefs in the third round. One notable name from last year's class, Badgers defensive lineman Isaiahh Loudermilk, reflected on his first NFL season after being selected in the fifth round by the Pittsburgh Steelers in 2021.

Loudermilk talked with CBS 58 about his process in his first year and how he became much more comfortable in his adjustment to the next level.

"I feel a lot better right now than I did a year ago," said Loudermilk. "Getting able to do that for the first year was fun, but you know as the year went on I just got more comfortable."

Loudermilk also looked back on the moment his dream of playing in the NFL turned into a reality.

"I mean I can't even describe how it felt, it was just really emotional for me," he said. "When I got the call it seemed surreal but I've enjoyed it ever since."

Loudermilk cherishes every moment he has had throughout his football career, and now he gets to fulfill his dream of being a professional athlete.

"Ever since I started playing football I thought of it as an opportunity," said Loudermilk. "Especially me being blessed with the size I have -- the height, the weight, all of that. Opportunity is big for me and I was given a great one so I'm definitely not going to let that pass without making the most of it."

When Loudermilk walked into the Pittsburgh Steelers' facility for the first time, it was an incredible moment for him. He remembers looking around to see all his new teammates.

"It was a big experience for me, going in the first time," said Loudermilk. "Then I kind of figured out, this is where I work now, this is what I do, so I got used to being in there pretty fast, but the first time we all kind of got together and came into the facility was great for me."

His rookie season was also Ben Roethlisberger's final NFL season, which was a memorable year for Loudermilk. A player he grew up watching turned into his teammate.

"It was incredible for me," he said. "Being able to see inside of what I grew up watching, kind of how he handles himself, how he handles the team and the locker room and things like that."

Being Big Ben's teammate was eye-opening for Loudermilk because he was able to understand the type of leader Roethlisberger was off the field and his love for the community.

The Steelers now have two sets of brothers on their roster, with one now being defensive tackle Cameron Hayward, and his brother, fullback/tight end Connor Hayward. The others, of course, are TJ and Derek Watt.

"When I got there, it was kind of cool seeing how much he's [TJ] grown since I had last seen him," said Loudermilk. "Just having that Wisconsin camaraderie in the locker room too. Having them two in the locker room has been great and it's fun to have guys like that and having [Joe] Schobert in the locker room with us too for a while was good."

Many rookies have first-game jitters once they get into the NFL, but they are also able to grow from the first game.

"The first preseason games were pretty incredible for me," said Loudermilk. "Just being able to play against higher caliber players like that."

Once the regular season rolled around, Loudermilk made his NFL debut in the second game, which got rid of a lot of his nerves he once had.

"The whole time I was out there it was awing for me until game time then I just kind of had to lock in."

It's always fun seeing defensive players celebrate after a sack, especially the first one of their NFL careers. Loudermilk recorded his first career sack against the Cleveland Browns, a game the Steelers ended up winning 15-10.

"Just being able to be out there and make plays where there's a sack like that or tackle-for-loss is great for me because being able to show all that and kind of get a bunch of my firsts in my first year has been incredible."

The Steelers current defensive line coach, Karl Dunbar, is highly praised throughout the organization. Players are able to relate to him not only as a coach but as a former player as well.

"He's made an incredible impact on me," said Loudermilk. "Just the things he's taught me has really transformed my game. I definitely feel like the amount that I've learned with him has been incredible."

The Steelers will be without defensive coordinator Keith Butler next season, as he announced his retirement. However, they have promoted Taryl Austin from within the organization, who has been with the team since 2019, as the Steelers' senior defensive assistant and secondary coach.

"He [Austin] really takes a deep dive into the defense and how things work," said Loudermilk.

Loudermilk says he's grateful for what he has learned under Butler his first year, but also excited to be able to do that under Austin next season.

He is now looking ahead and talked about specific areas of his game he wants to improve. Loudermilk learned a lot in his first year in the NFL. Training camp is just a few short months away, and he has already started to tweak areas of his game.

"The main area I've been working on is a little bit of strength in my lower body," he said. "I just really want to be able to hunker down a little bit more in the run. Just being able to be that three-down player, you don't have to worry about leaving me out there and not getting a pass rush."

The Steelers have several moving parts this offseason, including a fresh quarterback room. Loudermilk looks forward to helping the incoming rookies, because that's the leader he wants to be. That's the "Wisconsin way."