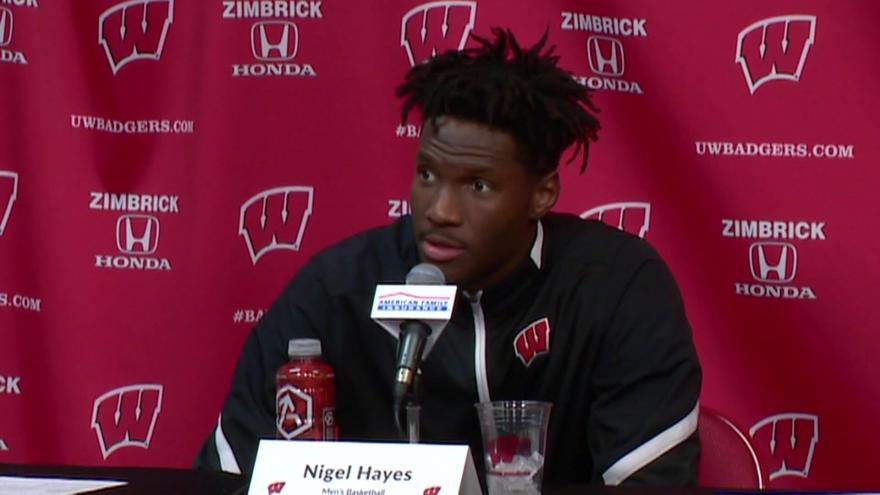 MADISON, Wis. (CBS 58) -- Former Wisconsin Badger basketball star Nigel Hayes has just revealed that he proposed a team boycott of a game during his senior season.

"It's something that I wanted to do. It was a nationally televised game on ESPN or ESPN 2 at 8 or something like that, so it definitely caught a lot of attention, a lot of eyes," Hayes said during an Aspen Institute Panel discussion on possible pay for NCAA athletes.

He says he asked his teammates to boycott the Badgers game against Syracuse in November 2016 to protest limits on what players can receive. The boycott never happened. He says because not all of his teammates wanted to do it.

For more information about Hayes' proposed boycott and his views on pay for college players, click here.