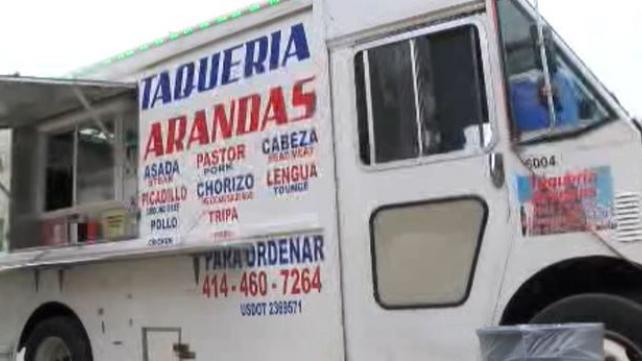 One of the victims that works at a food truck located on 37th street and National Avenue, tells us he is relieved he identified the suspect a couple weeks ago.  He says the robbery has taught him to be more cautious.

Victor Isodoro's source of income for the past seven years has come from working at a food truck, during a recent robbery he fended off an armed suspect who tried to steal from the business

He says he is happy he was able to identify the suspect but he hopes they find other suspects connected to similar robberies.

According to a recent search warrant we obtained, it names a possible suspect in connection with at this food truck and another armed robbery that happened in December on Forest Home Avenue. Police say an arrest was made in that incident but charges are pending.

Another vendor, Jorge Ventura, works at a food truck near the area where one of the robberies happened. He hasn't had a bad experience but says police monitoring can bring more peace of mind for food truck workers.

“I would like to see more police in bicycles around here so it can be a little more safe”, says Ventura.

Police say those working at food trucks should always be aware of their surroundings and should report suspicious persons or activity to the police.

They also say that food trucks, like any businesses that deal with cash transactions, are often targets of robberies. They say these kinds of incidents don’t only happen in Milwaukee’s south side but occur across the city.