FOND DU LAC, WI (CBS 58) – Fat Joe's Bar and Grill is defending itself after facing backlash for firing an employee.

A waitress claims she was let go for refusing to serve customers who made transphobic remarks. However, the restaurant says that’s not why she was fired.

The establishment is still open for business, but their Facebook page has been taken down.

You may have seen the post floating around your social media page. It was made by Brittany Spencer Saturday night after being sent home for not waiting on a table. 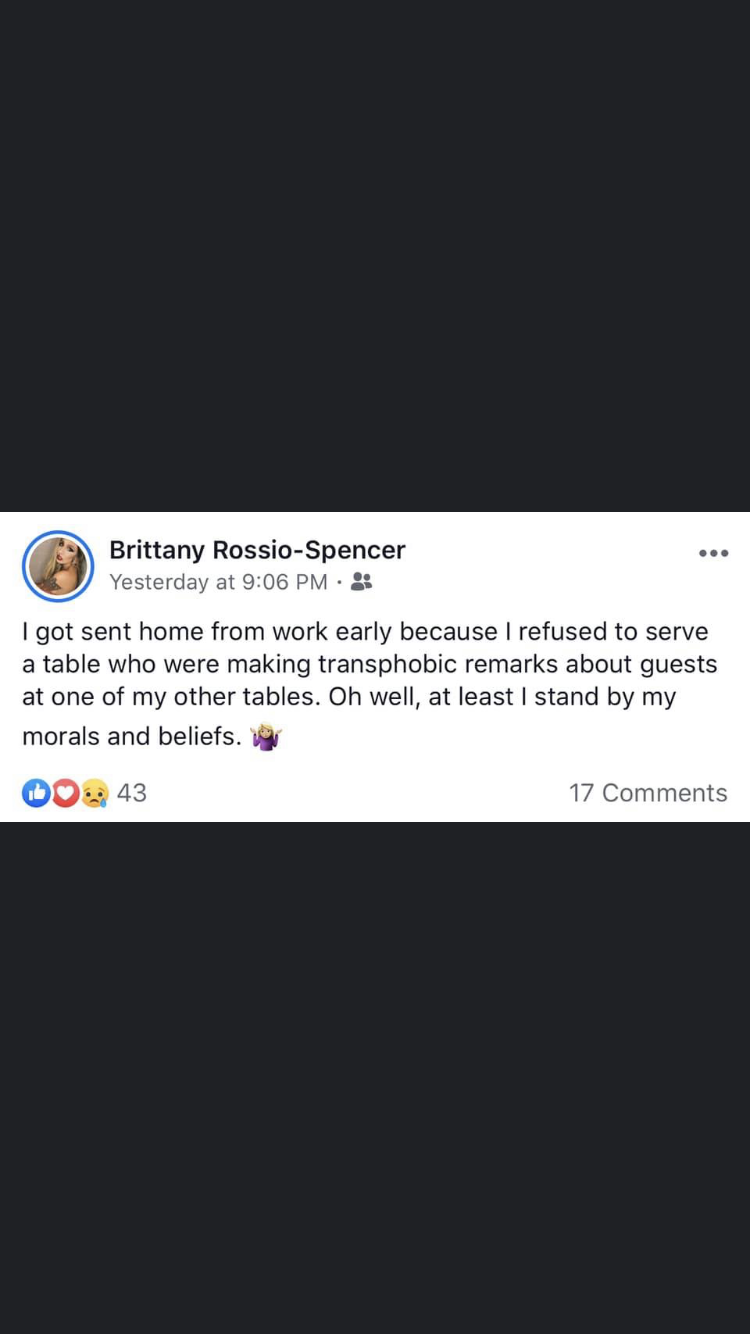 “They happen to catch a glance at the table of three and started making derogatory transphobic comments about the person wearing the dress, and then attempted to engage me in the conversation,” explains Spencer. “I immediately found my manager, Whitney, and asked politely not to serve them because I did not feel comfortable after the comments they were making. I was told to either suck it up or go home.”

“Everybody has their opinions, everybody is entitled to their opinions,” says Whitney Wallender, an owner and operator of the restaurant. “Us as a business, we have to stay as neutral as possible.”

Wallender says she and her management team made the decision to send Brittany home for the day, but hadn’t fired her.

“She decided she wanted to post stuff on Facebook about being sent home,” says Wallender. “And we just made the business decision that we can’t have employees that aren’t going to make us look good as an establishment.”

Wallender fired Spencer the next day.

“I said if you guys think this is wrong, go leave a review on their Facebook page,” says Spencer.

The overwhelming response caused the business to take down their page, but they say the incident hasn’t affected their day-to-day operations.

“If they felt they were being harassed, if they did, I apologize -- that was never my intention,” says Spencer. I don’t want anyone to be harassed, but they do need to know that what they did was wrong.”

Spencer is in the process of finding another job.

Owners of the establishment say it’s business as usual for them. They say they plan on having their Facebook page back up again soon.