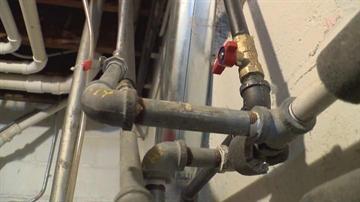 FOND DU LAC--The city of Fond Du Lac is issuing an advisory to all of its residents.

Officials want residents to run water for five minutes, at three times a day to prevent water lines from freezing.

If a customer notices a significant drop in water pressure they should let it run for five minutes, then slow to a trickle for an extended period-particularly overnight.

The advisory warns that frost is near record depths and putting pipes at a higher risk.

They advise people especially those who use led water or live at the end of dead end streets should let their water run as often as possible.

The city says that there have been nearly two dozen frozen services since the beginning of the month and an ongoing list of customers without water.