"Follow him to Baggage": Sheriff Clarke Called for Backup After Exchange with Dan Black 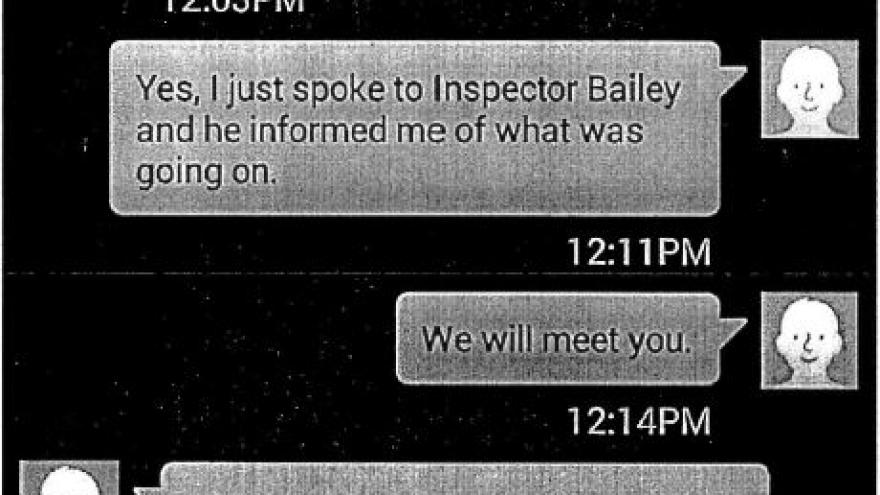 CBS-58 has obtained text messages sent by Sheriff David Clarke on the day a Milwaukee man was questioned at Mitchell Airport.

Dan Black is suing the Sheriff, claiming he was illegally detained after the two exchanged words while boarding a flight from Dallas to Milwaukee.

Those texts between Clarke and one of his Captains were obtained as part of that lawsuit.

The series of texts appear to show Sheriff Clarke instructing his deputies on how to question black upon arrival in Milwaukee.

"Just a field interview, no arrest unless he becomes an a****** with your guys," says Black in one text.

"Question for him is why he said anything to me. Why didn't he just keep his mouth shut?," it continues.

Clarke then instructs his deputies to "follow him to baggage and out the door. You can escort me to carousel after I point him out."

Black says he shook his head at the Sheriff on the plane after he saw him decked out in Cowboys gear. He claims Clarke asked him if he had a problem with him before he continued to his seat.

When the plane landed in Milwaukee, Black claims he was greeted by 6 deputies and K-9 units and led to a room where he was questioned by Clarke's deputies. He says those deputies asked him about his political beliefs and why he was in Dallas.

Black has called the questioning an "abuse of power", and is now suing the Sheriff.

Sheriff Clarke declined to comment on the text messages.