Flying Out of Chicago? Arrive Three Hours Before Flight 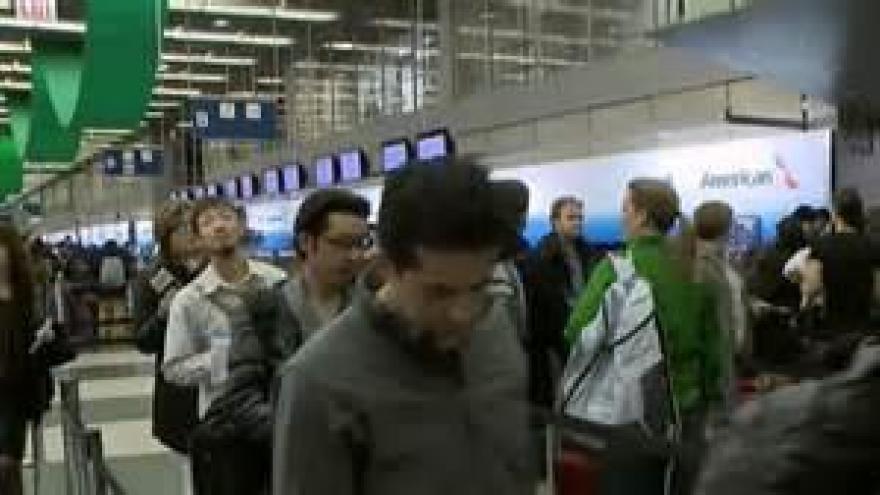 If you're flying out of Chicago's airports this summer, plan to arrive really early.

Chicago's two major airports -- O'Hare and Midway -- tweeted Tuesday morning that security line wait times are longer than average, and customers should arrive at least three hours before their domestic and international flights.

The TSA had previously been suggesting passengers arrive two hours early to avoid missing a flight.

Airport security lines have been growing across the country recently thanks to an influx of passengers, and the TSA has struggled to keep up with the demand.

Low airfare prices and a recovering economy have pushed more people toward air travel. While that's good news for the economy, it puts a strain on TSA resources.

In 2013, the TSA had more than 47,000 full-time workers serving 643 million travelers. This year, the agency reported having around 42,500 workers handling an estimated 740 million fliers.

O'Hare's arrival time recommendation to travelers comes on the heels of a messy travel weekend at the airport.

On Sunday, the wait time at one security check point exceeded two hours, according to American Airlines spokesperson Leslie Scott.

The congestion caused 450 of the airline's passengers to miss their flights on Sunday. Some fliers who were booked on the last flight of the day had to spend the night in the airport.

The airline also decided to delay 30 flights because of the long waits.

"That is a tough decision for us," said Scott. "It has a lot of repercussions." She explained that a plane can fly nine flights in a day, so a 20 minute postponement in the morning can grow to become a two-hour delay by the end of the day.

Since February, 4,500 American Airlines passengers have missed their flights at O'Hare because they were stuck in security lines.

"We've been dealing with this problem for a couple months now, and it's reached a bit of a point of urgency," said Scott.