Updated 9 am: Fluffy snow coming to an end

Updated 9 am: Fluffy snow coming to an end

The steady snow has tapered off across most of southeast Wisconsin besides Fond du Lac and Sheboygan counties. Snow will come to an end in these spots within the next hour. 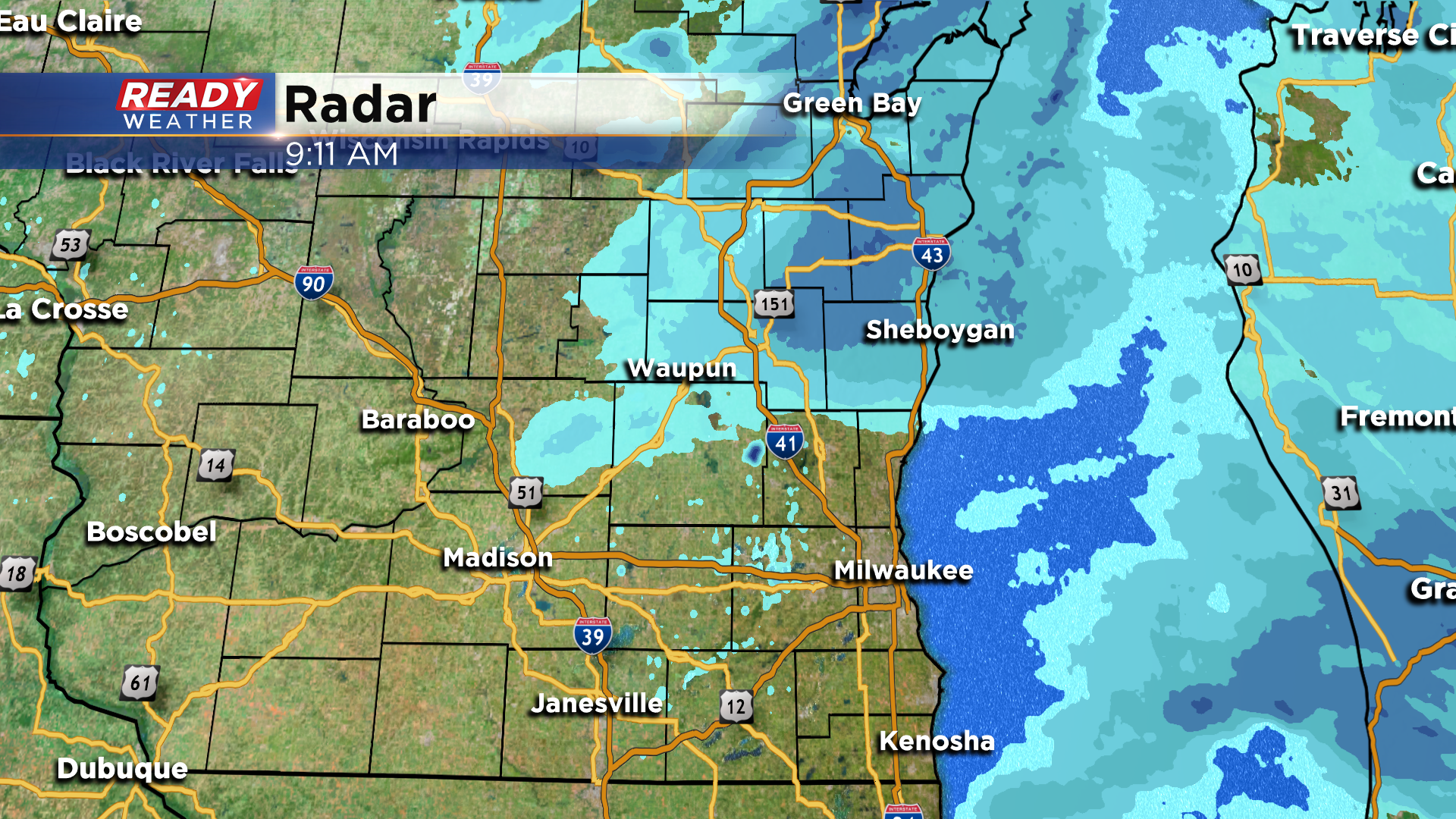 Most of the area picked up 1-3" of fluffy snow. 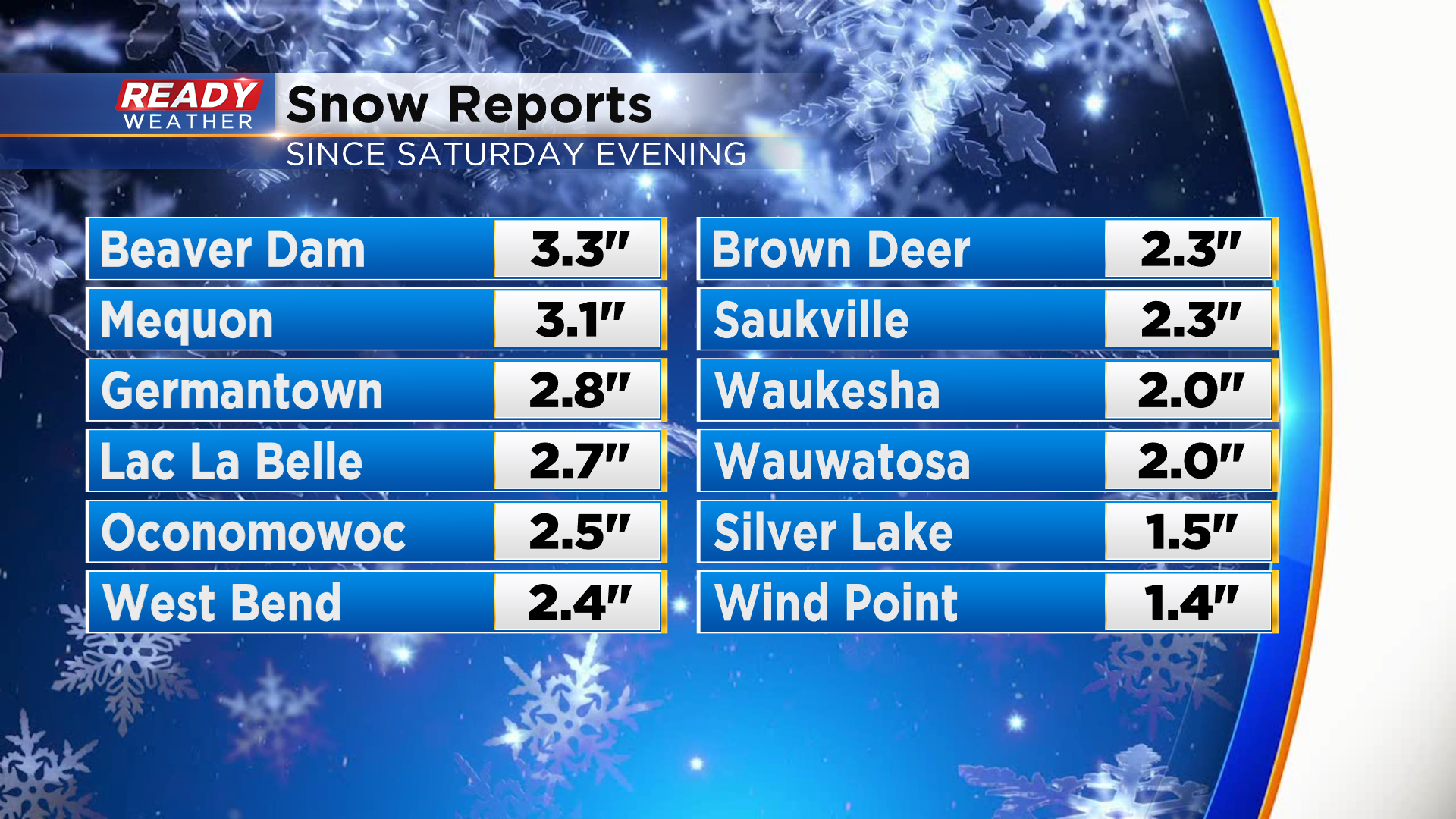 We'll still have a few lingering flurries and potentially some patchy freezing drizzle through noon, but the accumulating snow is done for today. Roads are still snow covered and rather slick so travel with caution!

Widespread, light snow continues to track across southeastern Wisconsin this morning. The back edge of the steady snow is already approaching south central Wisconsin, so only expect the steady snow for another hour or two before it tapers off to light flurries. 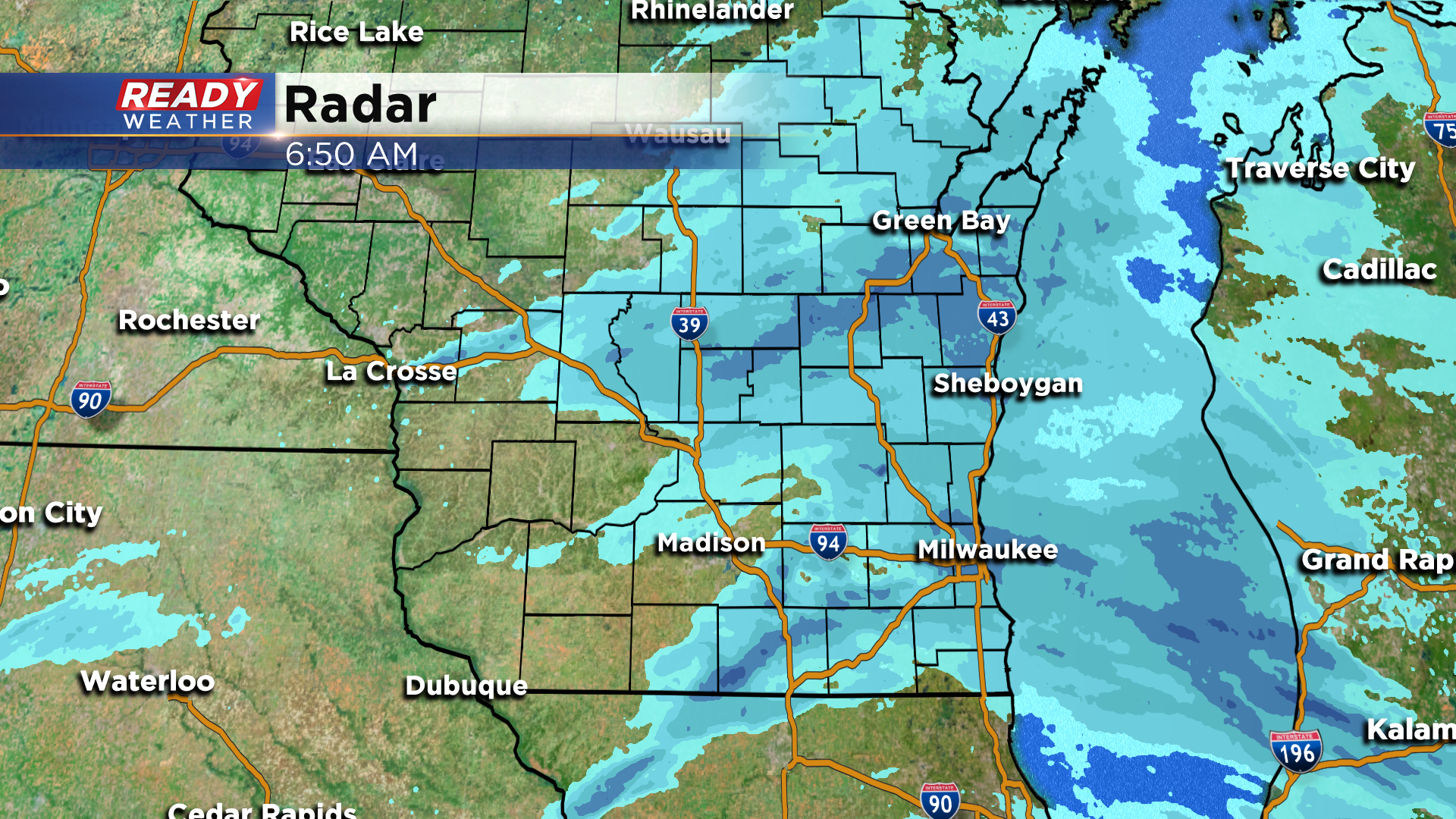 Snow totals as of 6am are primarily between 0.5-1" for most, but a few spots have already picked up 1-2". Expect an additional 0.5-1.5" of snow before it completely ends late morning. 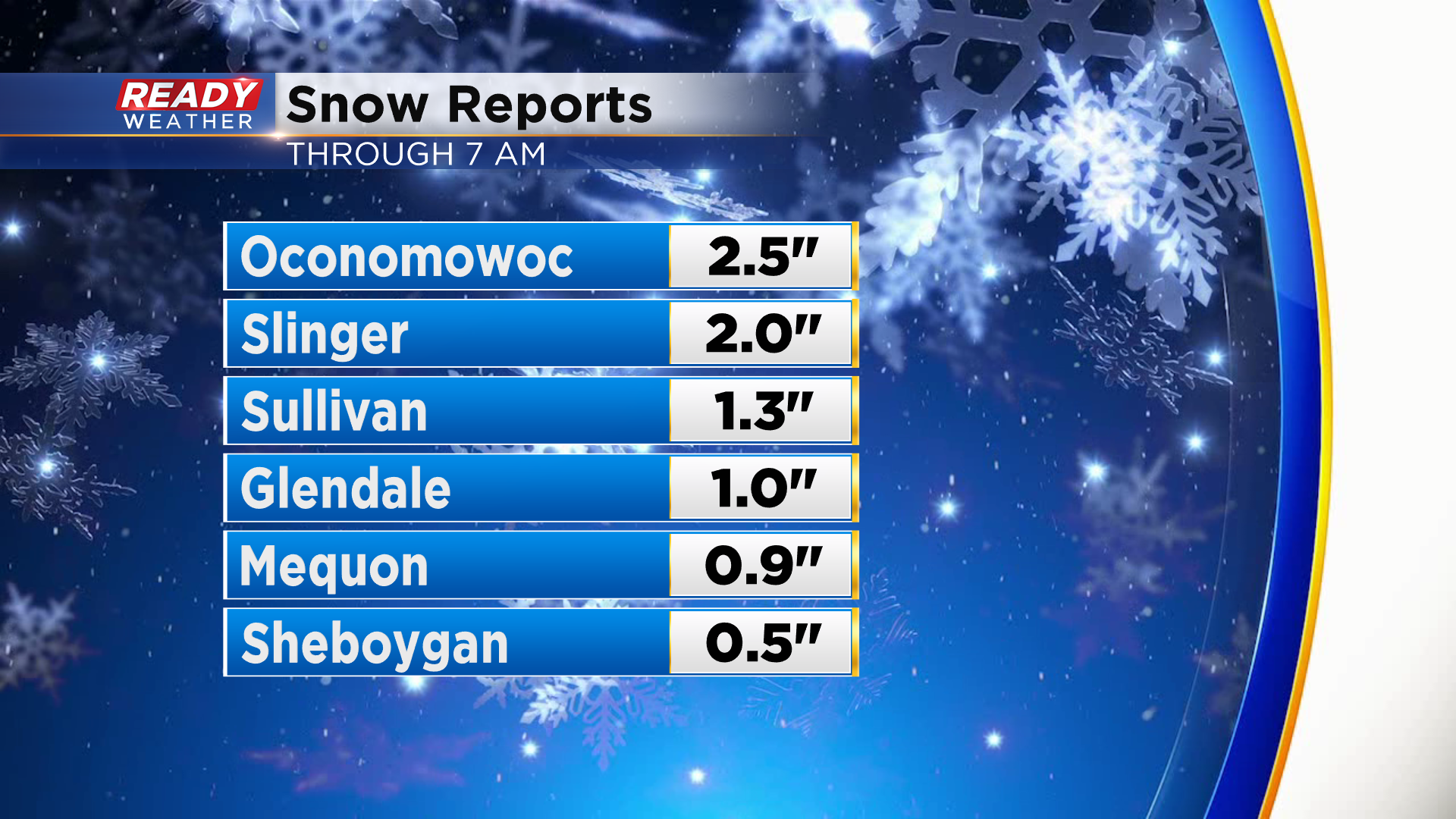 Due to the cold roads, the snow has had no problem accumulating. Most roads in southeast Wisconsin are snow covered or slippery. The exception being I-94 in Racine and Kenosha. 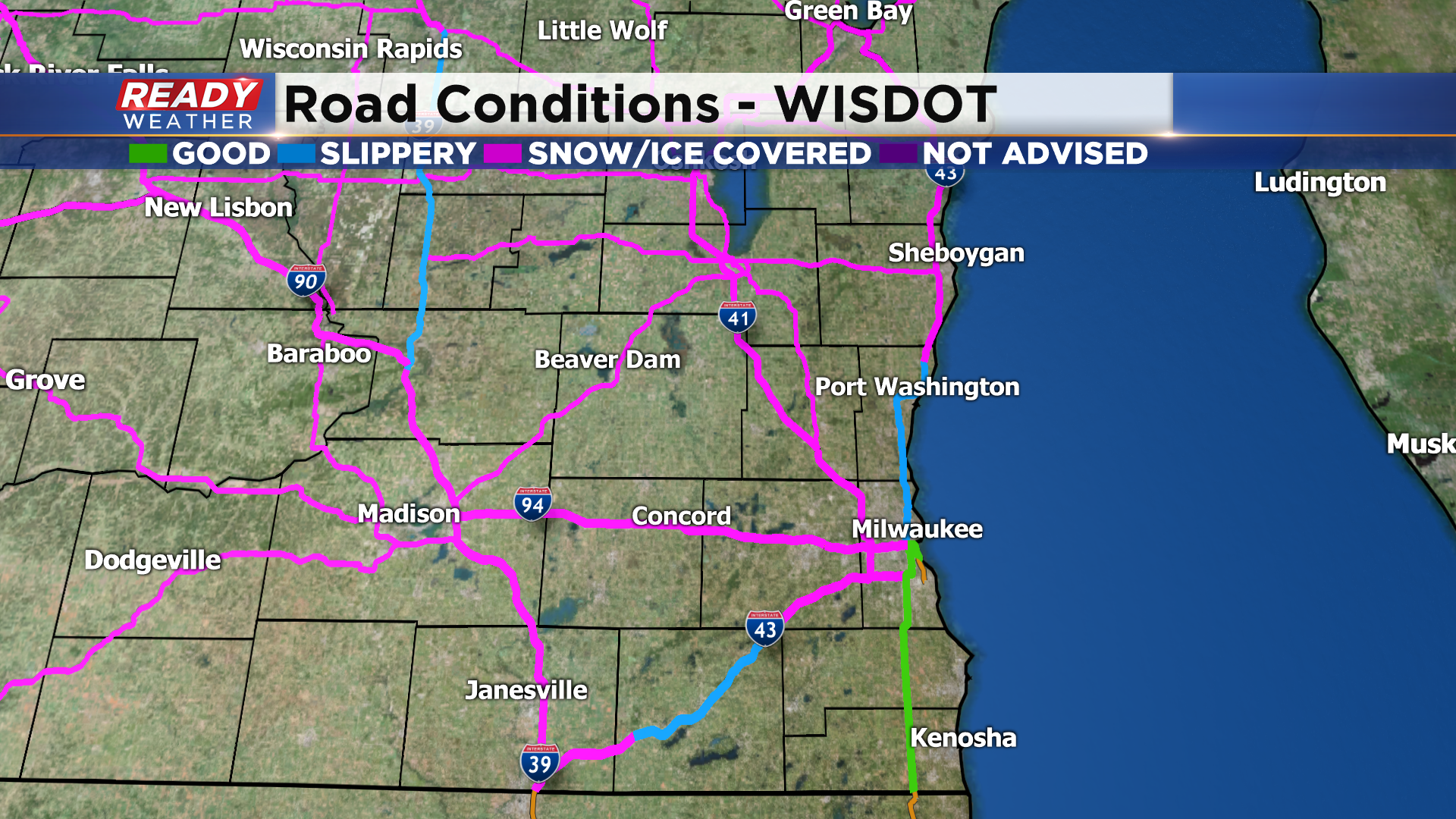 Travel with caution over the next few hours! 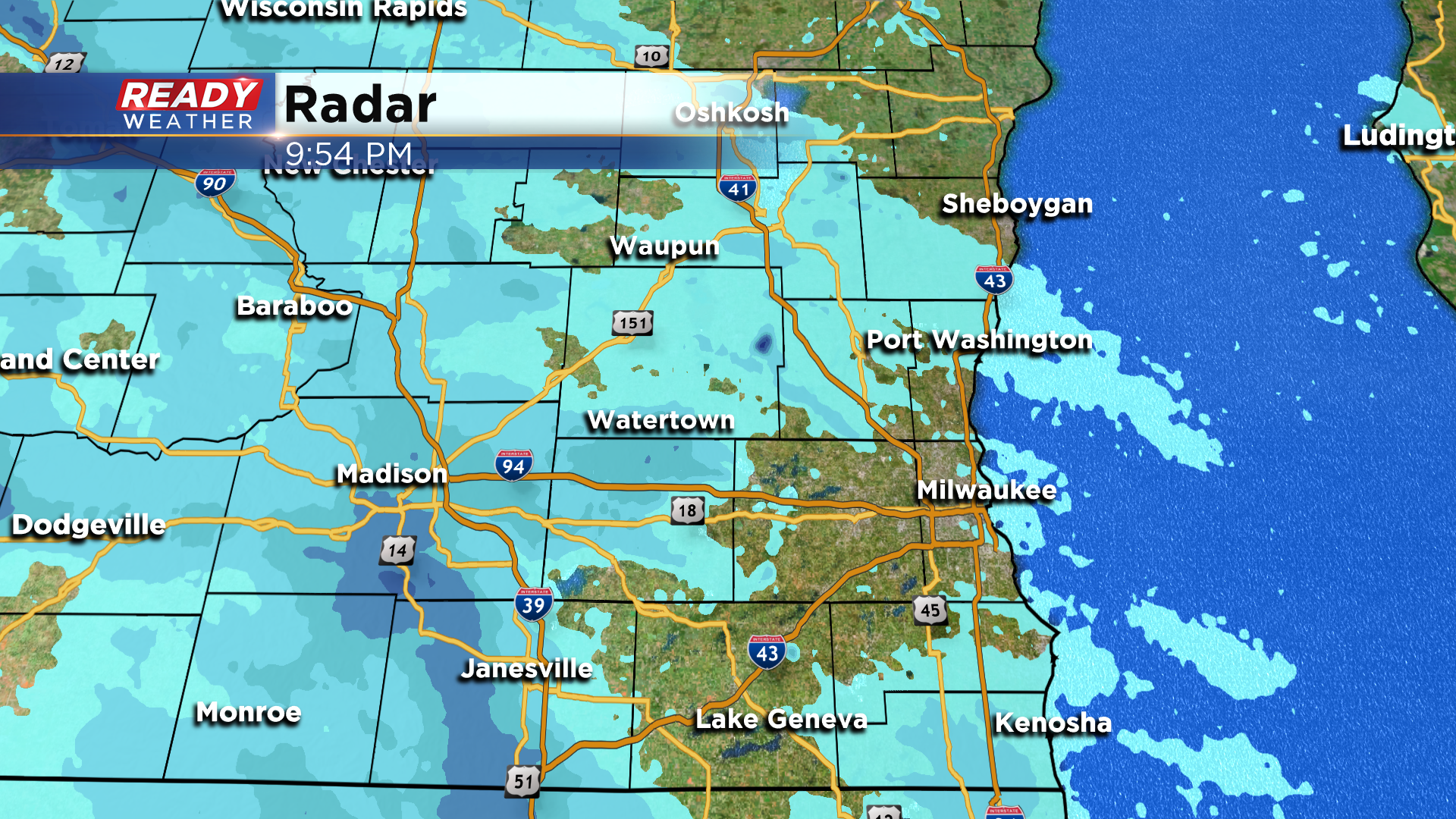 Once this batch of snow moves through, we may see a bit of a lull in the action for an hour or two before the brunt of the snow (currently in Iowa) tracks through between 3am and 9am. 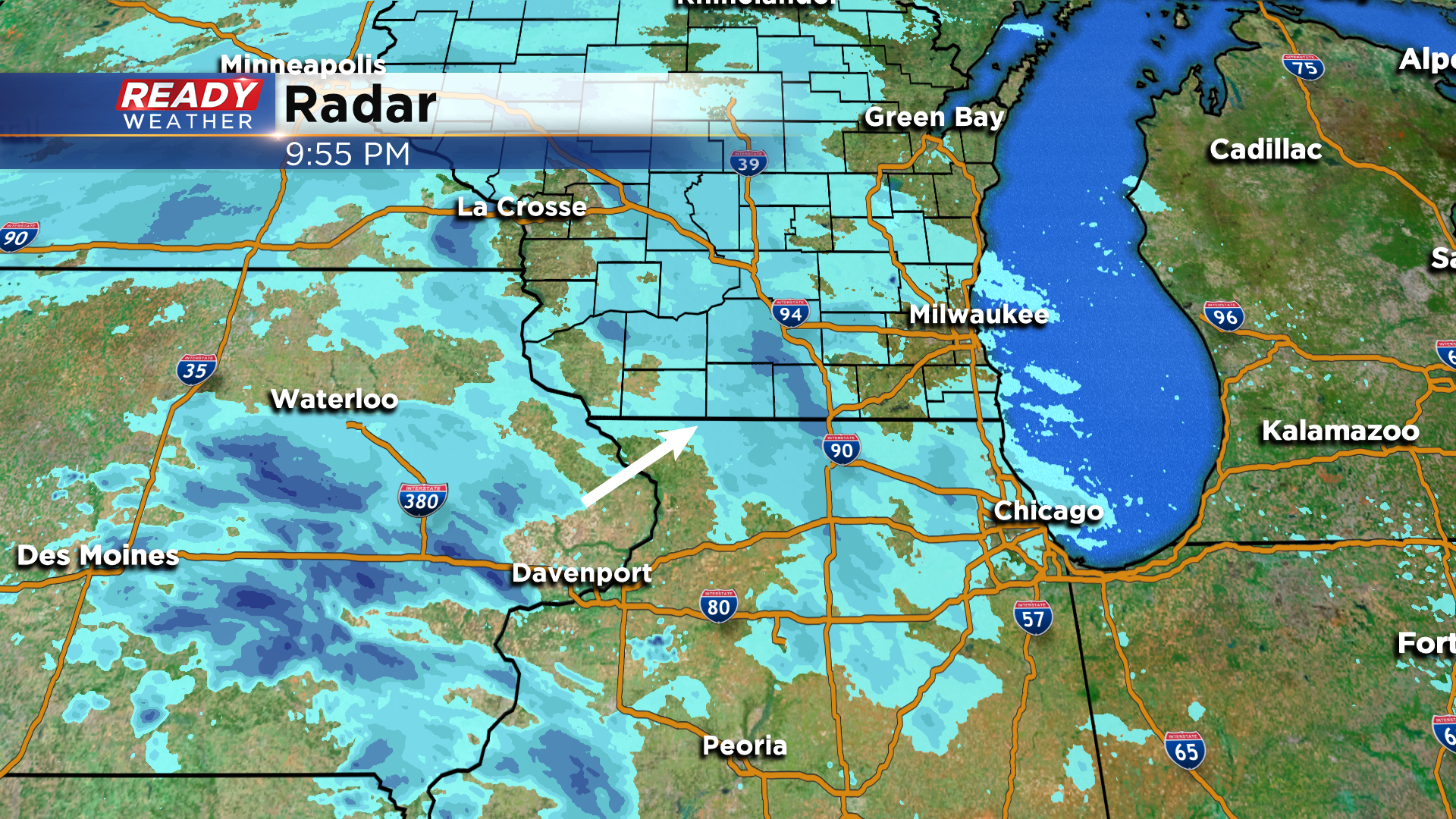 As expected, dry air is winning the battle against the leading edge of the snow stretching from Baraboo to Janesville. Currently this area of snow isn't reaching the ground. The area of snow in western Wisconsin stretching from La Crosse to Monroe is reaching the ground and is still on track to move into southeast Wisconsin between 9pm and midnight. 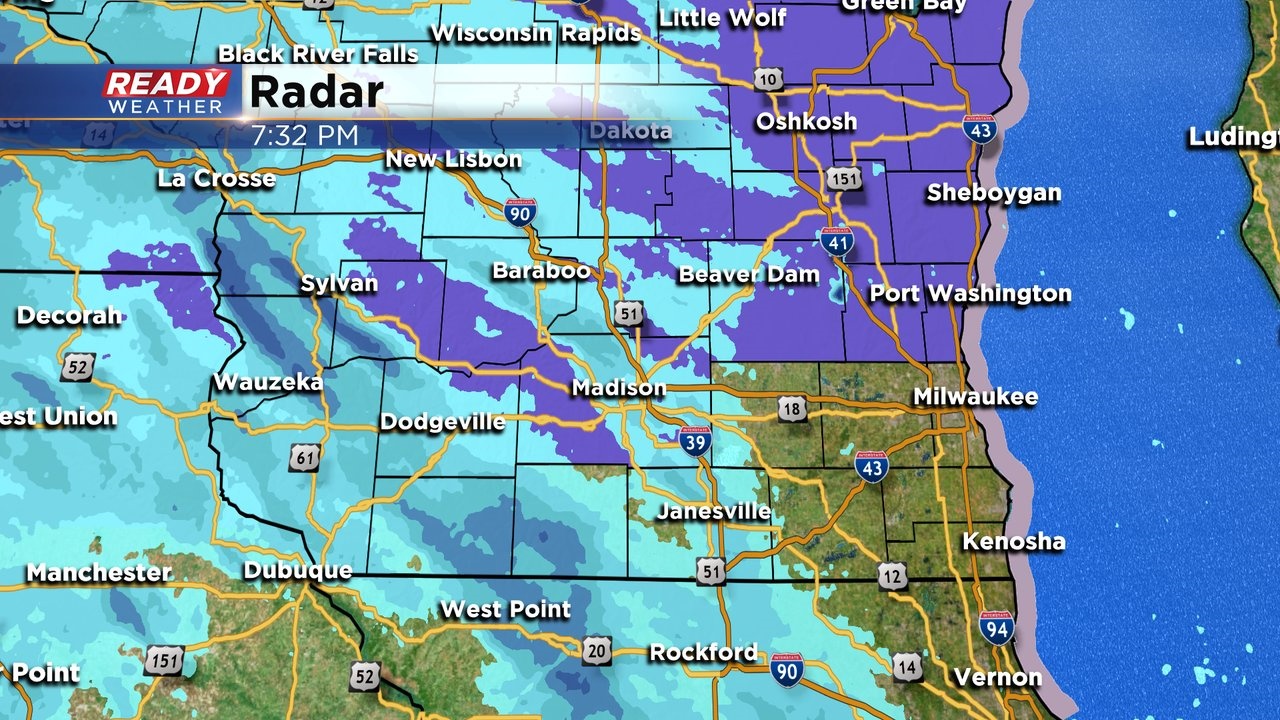 It's been a pleasant Saturday across southeast Wisconsin with temperatures in the 20s and some sunshine. The sunshine is starting to become filtered as clouds increase ahead of an area of snow that'll move in tonight. 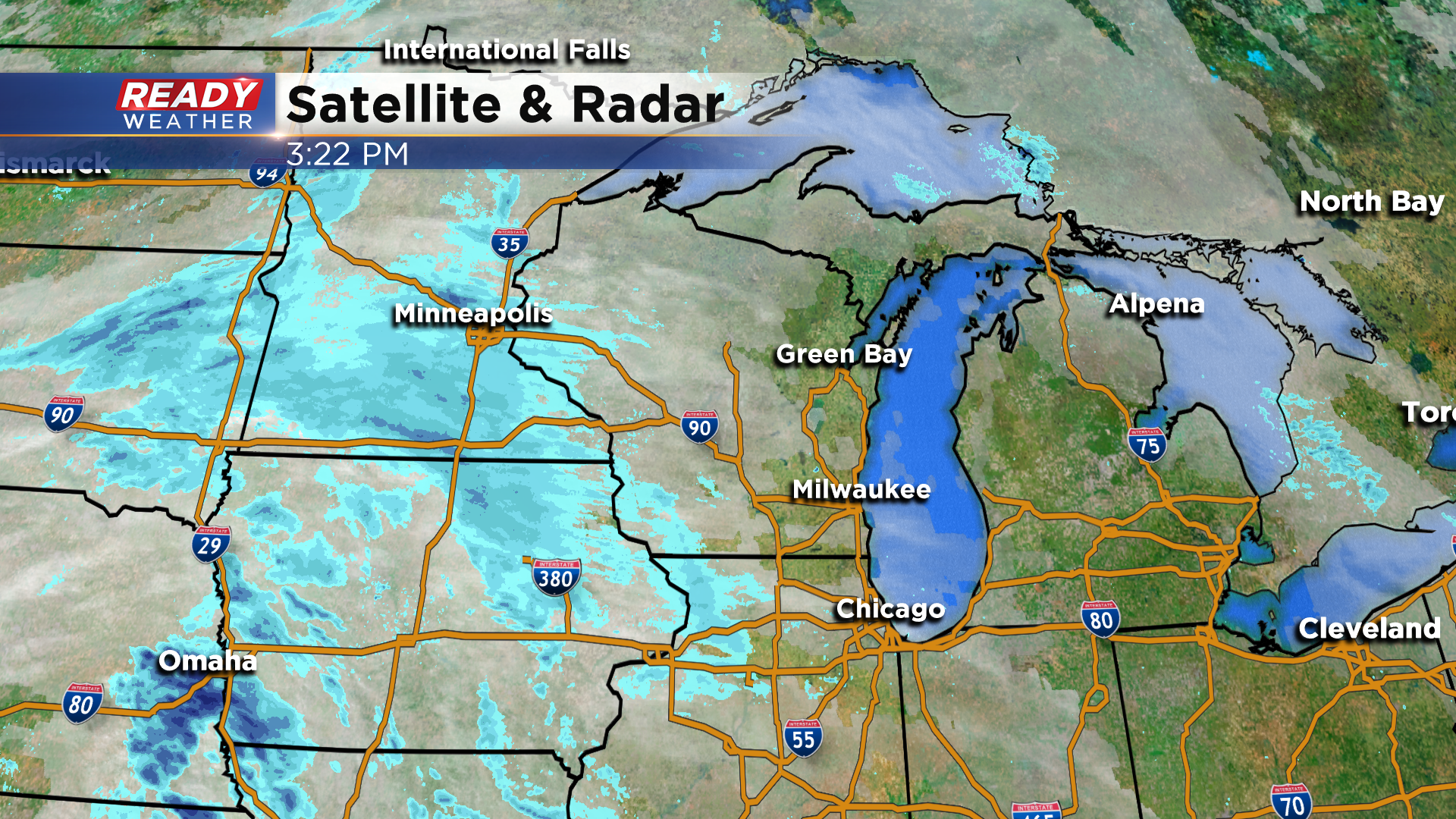 The snow will initially battle some dry air as it moves in late this evening. 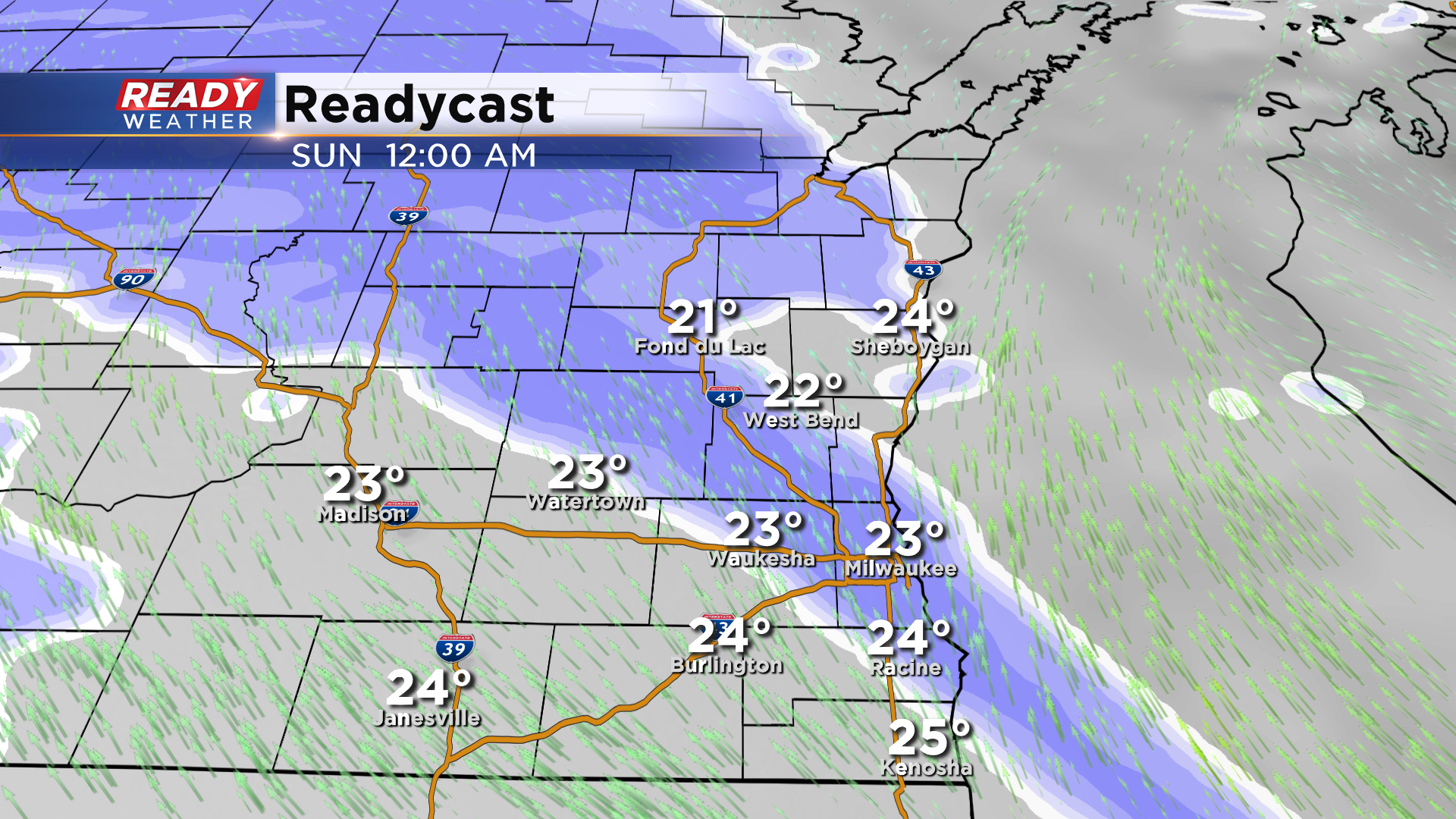 By early Sunday morning, so will be steady and widespread across southeast Wisconsin. 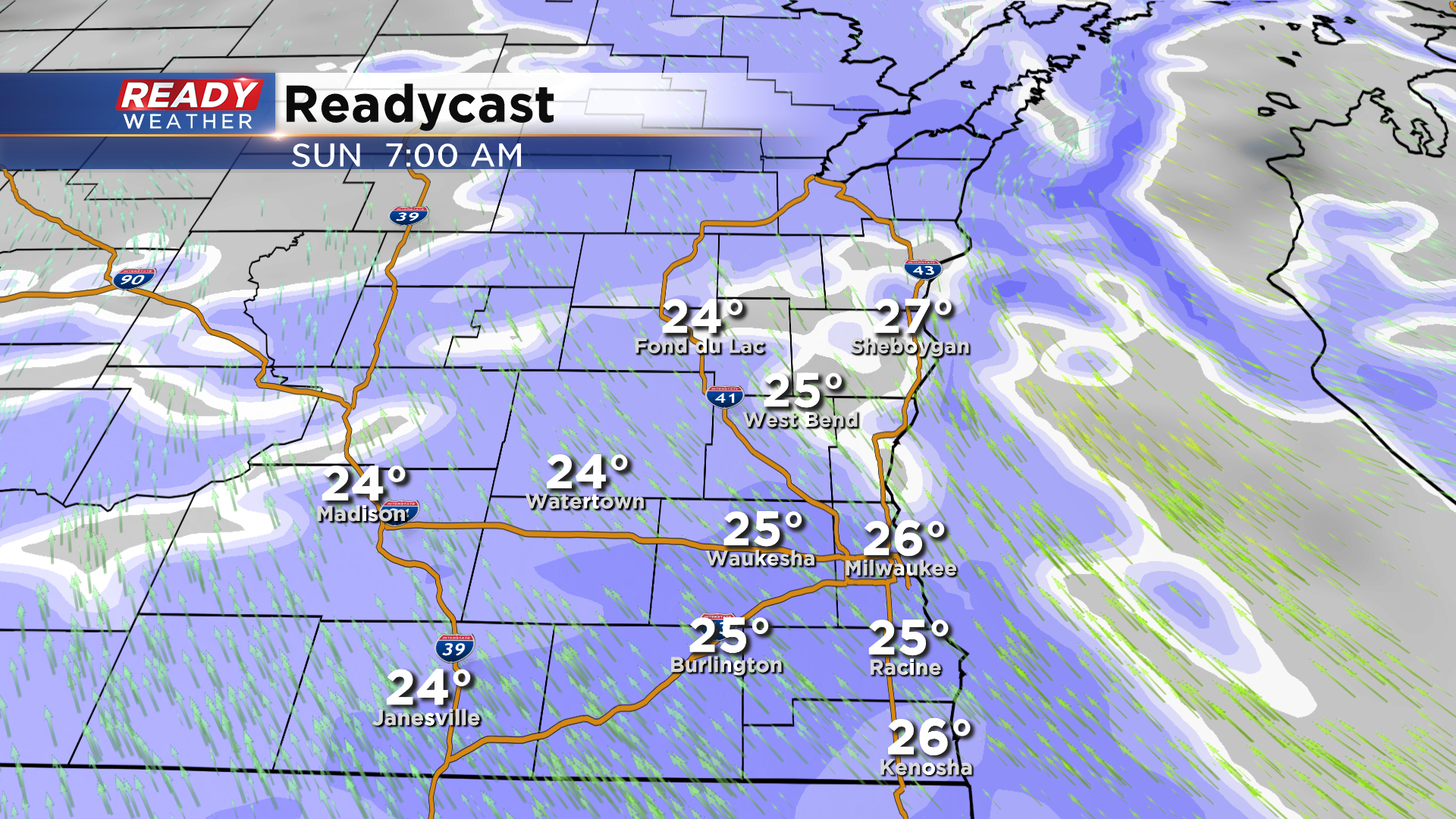 Snow will remain fairly steady for the first half of the morning before ending from west to east between 9am-Noon. 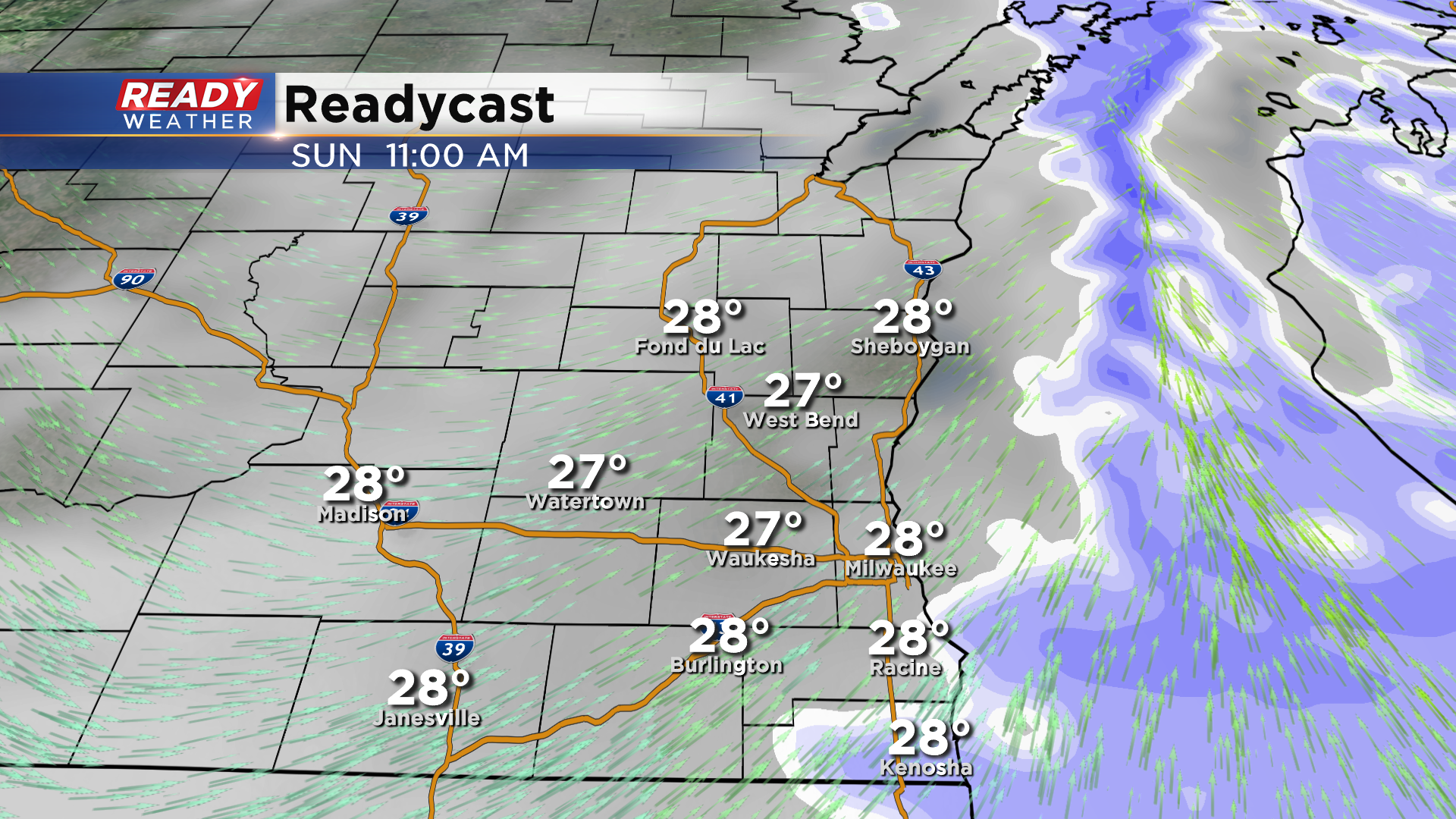 In general, most of southeast Wisconsin will pick up between 1-3" of fluffy snow. However, some areas north of Milwaukee could pick up 3-4" of snow. 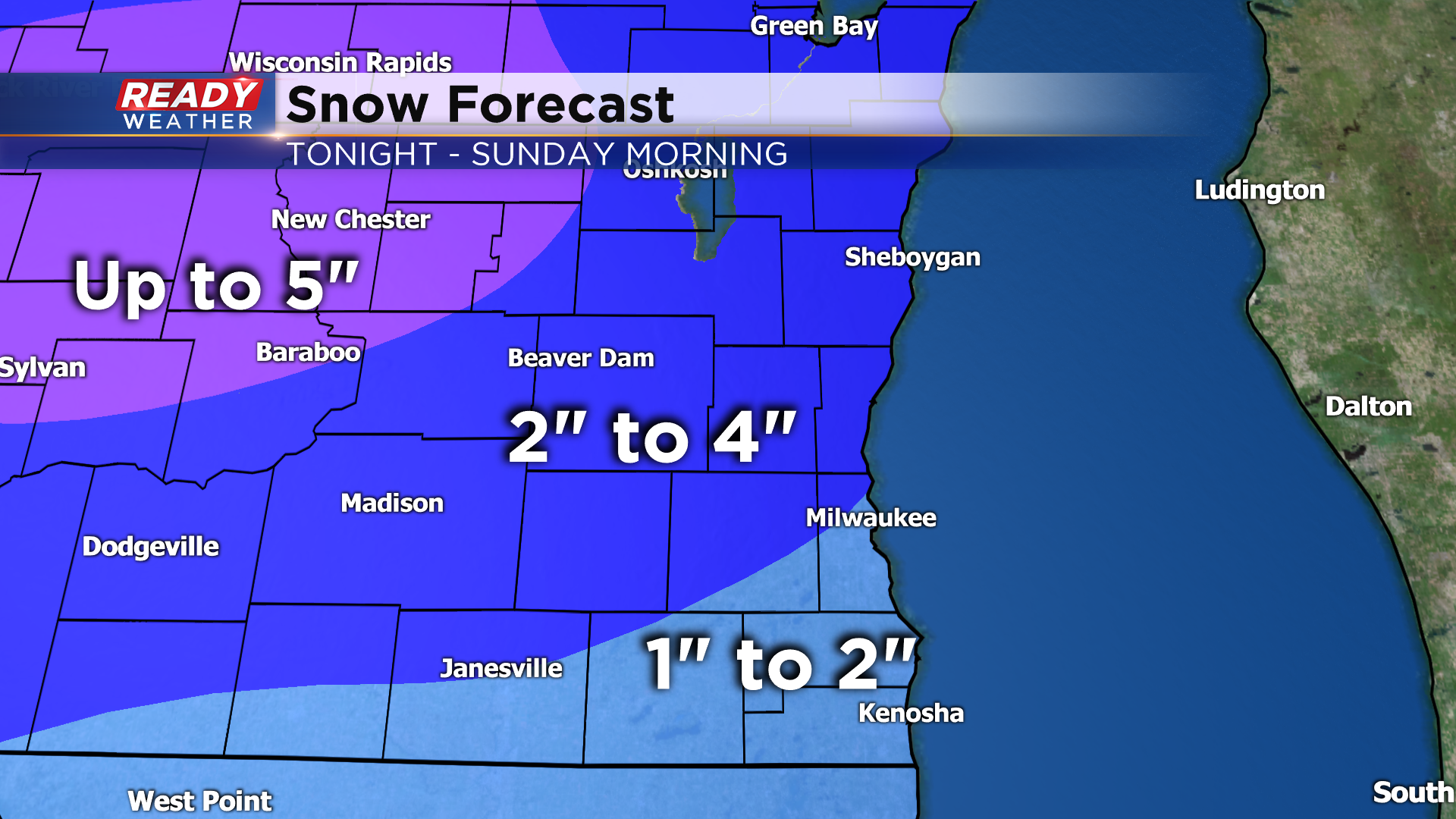 With the chance for 3-4" of snow being a bit higher north of Milwaukee, a Winter Weather Advisory is in place and will begin around midnight tonight and end at noon on Sunday. 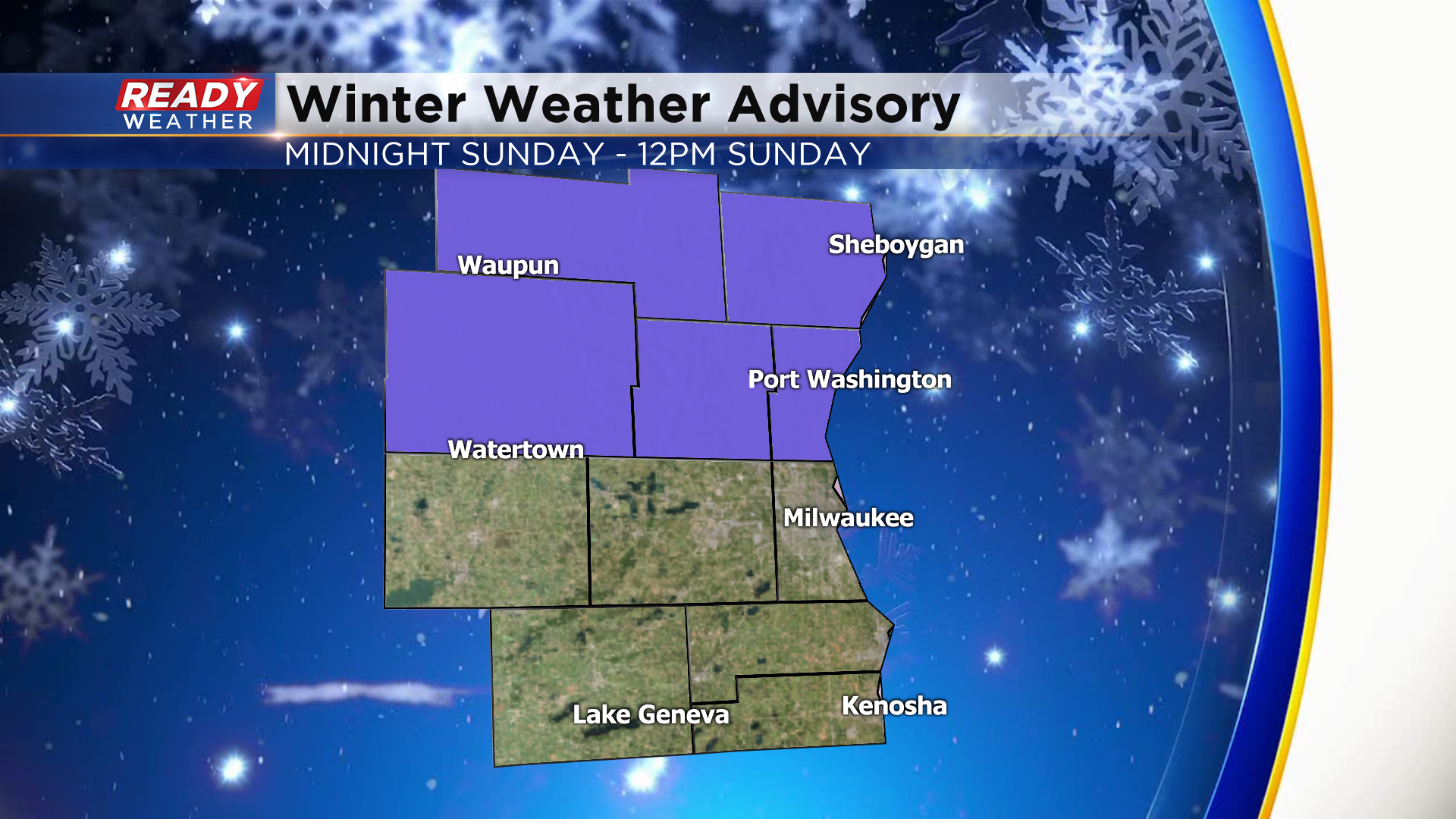 This will be a light and fluffy type of snow instead of the wet, heavy snow we've had most of this winter. Plan on snow covered roads Sunday morning and reduced visibility. Good news is the wind will be relatively light so blowing and drifting isn't expected. 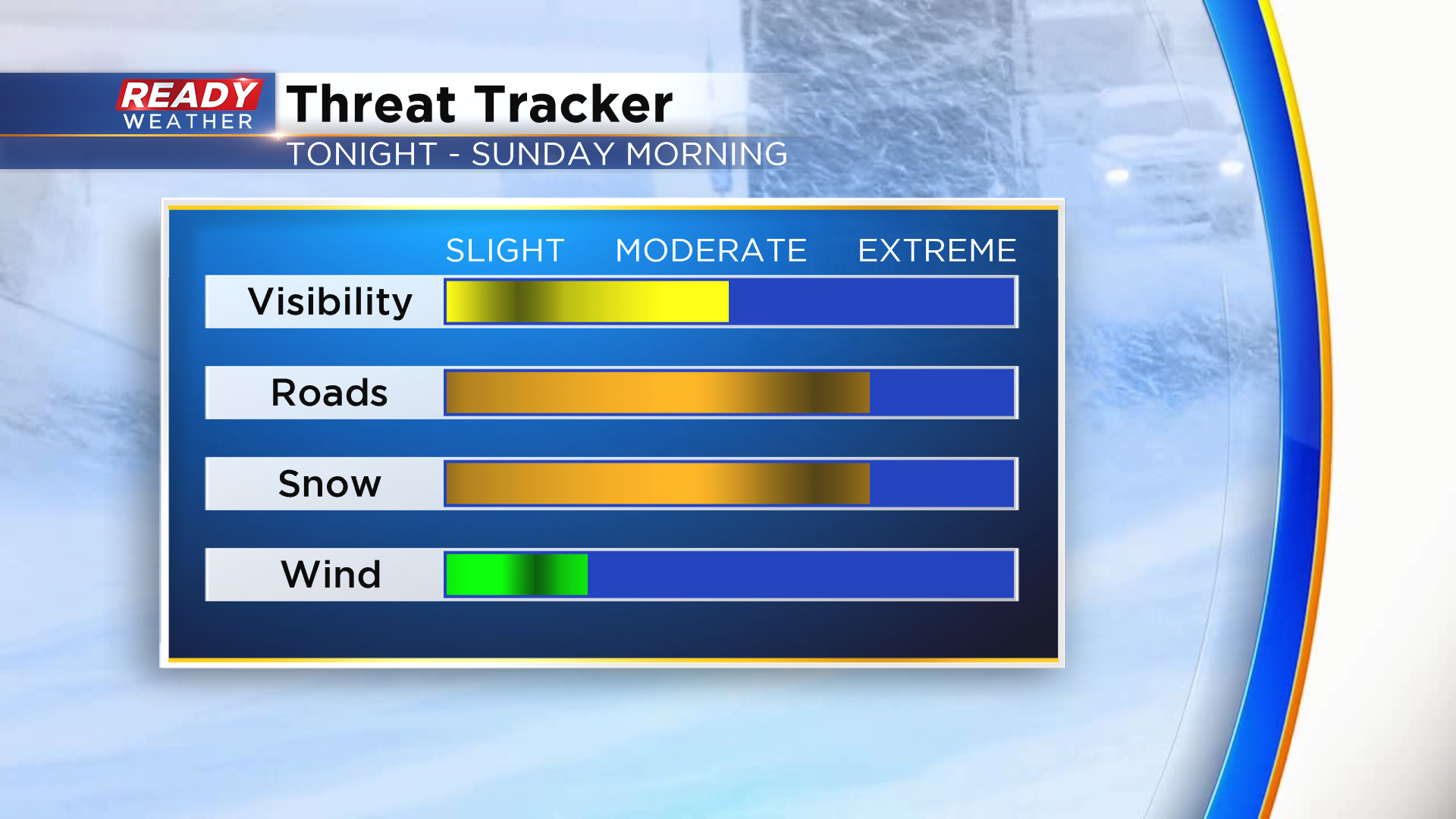 Besides a few lingering flurries early in the afternoon, most of the area will see a break from the snow into Monday. However, another system will track south of the state and may get close enough to bring a few more inches of snow into southern Wisconsin Monday night into Tuesday. 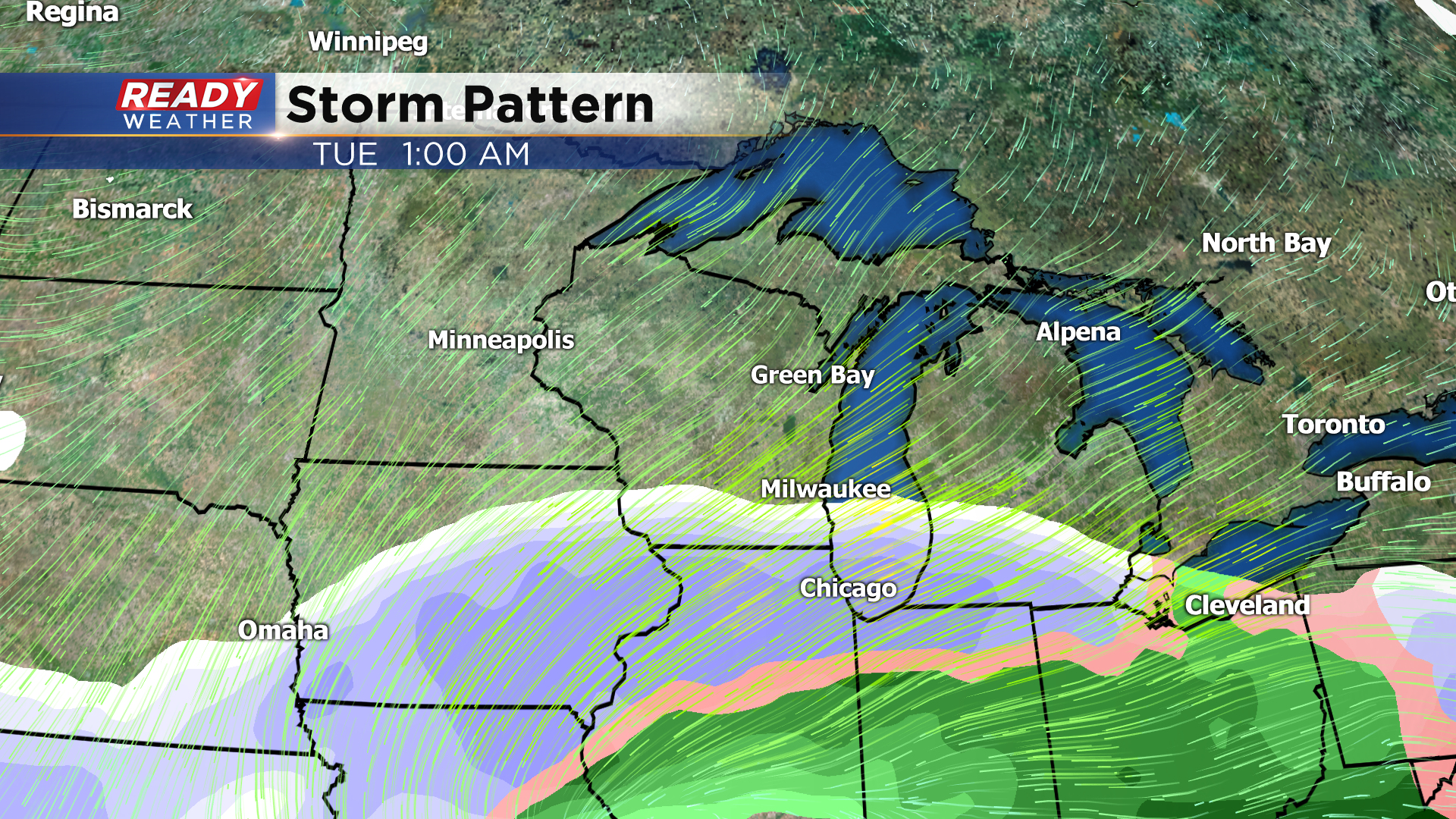 There's still a lot of uncertainty in the track of this system, which will determine if we see a few inches of snow or no snow at all. Best chance for snow will be along the Wisconsin/Illinois border. Check back for updates as this could impact the Tuesday morning commute.