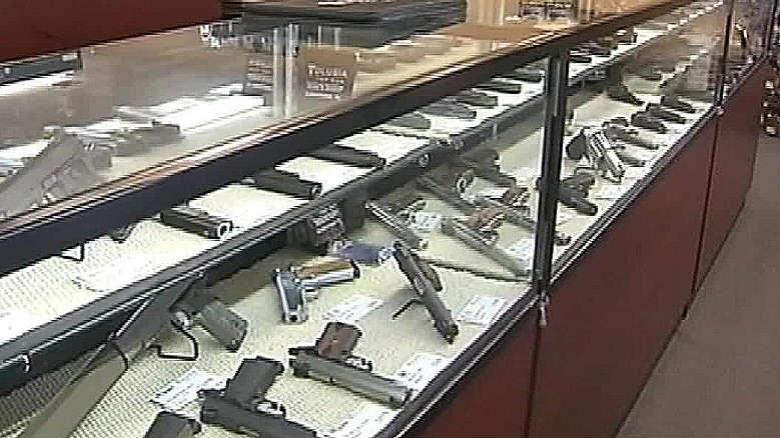 (CNN) -- Officials in a Florida city have approved the request of a businessman to serve alcohol in a restaurant he plans to open in a building with an indoor shooting range.

CNN affiliate WFTV reported that Daytona Beach city commissioners have signed off on Ron Perkinson's proposed facility, which Perkinson hopes to open by late November. The facility will be located near Daytona International Speedway just off Interstate 95.

In an interview in June, when he announced his plan, Perkinson -- who owns a gun shop, Volusia Top Gun, in nearby South Daytona -- told WFTV that he's aware of concerns about mixing alcohol and guns. There would be a stringent division between the two, he told the TV station.

\"The restaurant will be separate. It will be blocked off,\" he said. \"Guns -- whether you're planning to have a drink afterwards or not -- will not be allowed in the cafe area at all.\"

The facility will have lockers for patrons to lock up their guns, or they'll be asked to take the firearms to their vehicles, he added.

Moreover, the restaurant will be scanning driver's licenses from patrons who want a drink, and those customers will not be allowed into the range for the next 24 hours, Perkinson said. Patrons who want to use the range but not the restaurant will have to sign an affidavit stating that they are not under the influence of alcohol or drugs, the Daytona Beach News-Journal reported.

Perkinson stressed to CNN that he wants the restaurant to be \"on the scale of an Outback (steakhouse).\" The alcohol sales are necessary to ensure profitability but will be far from the focal point.

The restaurant will have a capacity of about 170 people, including an outdoor deck, he observed.

The whole facility is a $7 million project, according to Perkinson.

Commissioners told the News-Journal that they had some concerns, but the plan eventually passed by a 5-1 vote.

Perkinson says he has a 10-year-old daughter and makes safety paramount.

\"It'll be very, very highly scrutinized, I'm sure, but we'll be on top of it,\" he told WFTV. \"It'll be our number one goal to make sure that everyone's safe.\"

Perkinson said that nothing could be more important. Law enforcement officials will probably use the shooting range for practice and are expected to be a steady presence, he said.

\"Seeing what protocols are in place, and what I have in place, I fully, honestly believe this will be the safest restaurant -- and range, whether they're under the same roof or not -- in the state of Florida,\" Perkinson said.

\"This is my business, and if something happens, then I have nothing,\" he added. \"From a business standpoint, I don't want to lose everything I've worked very, very hard for. It will be a very strict environment.\"

The restaurant-indoor shooting range combination will be the third in the country, according to Perkinson.