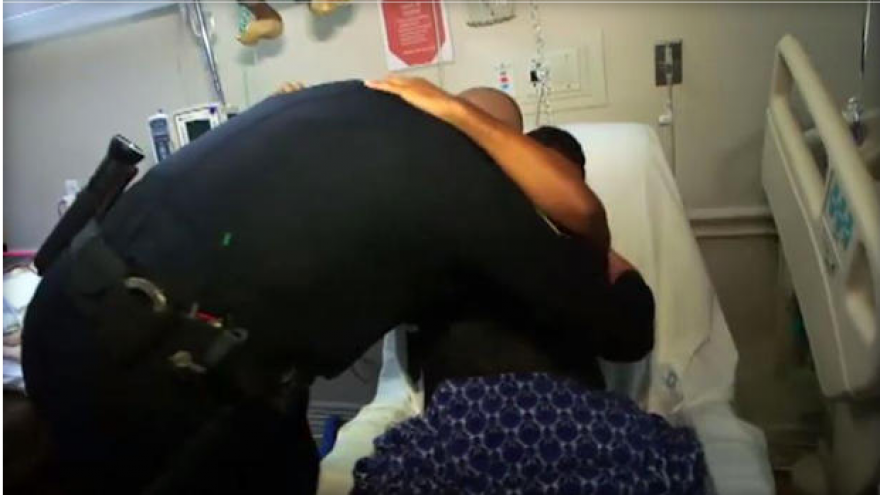 ORLANDO, Fla. -- An officer who was hailed as a hero after the June 2016 Pulse nightclub shooting will be without a job at the end of the month, reports CBS affiliate WKMG-TV. Eatonville, Florida, police officer Omar Delgado was one of the first officers to respond to the deadly massacre, pulling people to safety, but he has since struggled with post-traumatic stress disorder.

Delgado said due to his diagnosis, he has been assigned to light desk duty for about eight months. On Monday, however, Delgado said he was told he's being let go.

The Eatonville Police Department told WKMG-TV that the town of Eatonville made a decision to terminate Delgado's employment on Dec. 31. The department declined to provide any further details.

"Due to my PTSD and my emotional state ... obviously, I can't do police work anymore," Delgado said.

Days after the shooting, Delgado's emotional hospital bed reunion with Pulse survivor Angel Colon was shared millions of time around the world. In the following weeks, he heard from people around the world, decorating the front door of his home with their letters. But he says the June 12, 2016, attack, in which gunman Omar Mateen killed 49 and injured dozens others in what was then the worst mass shooting in U.S. history, left him changed.

"I came back physically, but not mentally," Deglado said.

"This holiday is going to be a rough one," he said. "What we witnessed and saw, no man should have ever seen that."