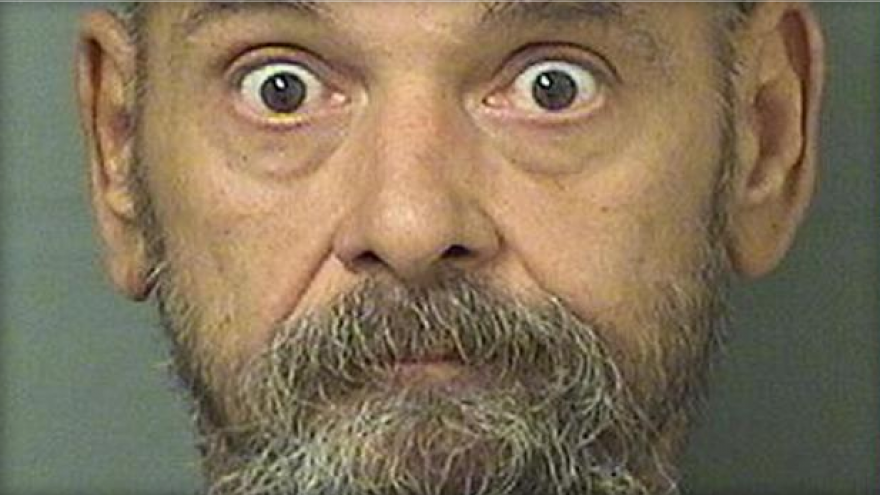 GREENACRES, Fla. - A Florida man was arrested on aggravated assault charges after he allegedly armed himself with a machete and a baseball bat during a dispute with his son about a hedgehog, reports CBS affiliate WKMG.

Homer Stacy II, 53, was walking outside his Greenacres home Sunday, pushing a wheelchair with a baseball bat and a machete on the seat when deputies arrived, according to a Palm Beach County Sheriff's Office report.

When deputies asked Stacy why he had the items, Stacy said they were "for his protection," the report said.

Stacy claimed that he had just walked over to tell his son to come and get the hedgehog he left at Stacy's home.

As deputies were questioning Stacy, he "went back and forth between being cooperative to belligerent," the report said. Stacy was placed in the back of a deputy's car, but began screaming when he saw his son, who he threatened to kill, the report said.

Stacy's son told police that earlier that day Stacy confronted him, took off his shirt, picked up the baseball bat and held it as though he intended to hit him with it.

Stacy was booked into the county jail on two counts of aggravated assault with a deadly weapon and one count of simple assault. He remained in jail Tuesday morning without bond.