UPDATE: 22-year-old released from hospital following incident on I-43 near Grafton 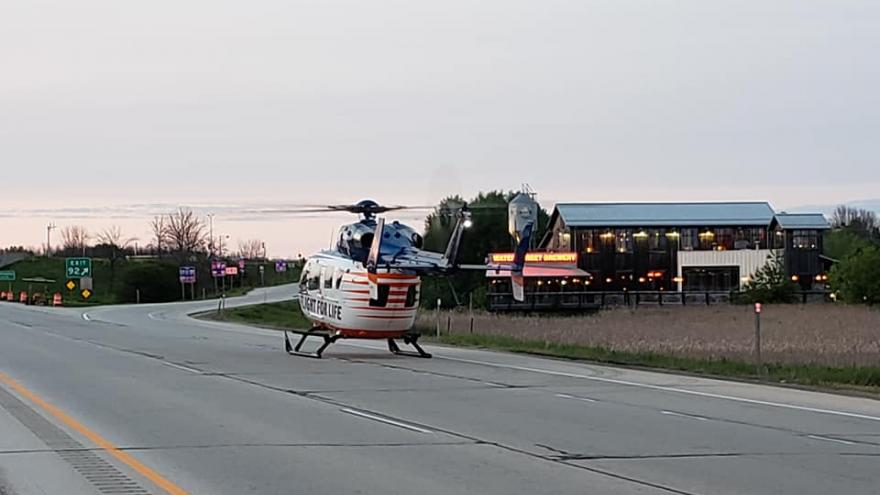 GRAFTON, Wis. (CBS 58) -- A 23-year-old woman has been treated and released from a hospital for physical injuries following the incident.

Authorities say they were called to Interstate 43 near State Highway 60 around 7:45 p.m. for a report of a person who was attempting to jump out of a car.

Police say the incident was an attempted suicide.

GRAFTON, Wis. (CBS 58) -- Flight For Life Transport was needed for a person who was seriously injured on I-43 near the Grafton Highway 60 exit Sunday evening.

Officials with the Ozaukee County Sheriff's Office say that a 23-year-old woman from Sheboygan jumped out of a moving vehicle. Several drivers stopped to try to help the victim.

According to the Village of Grafton Fire Department, the injured person sustained life-threatening injuries. Officials say they were called to the scene around 7:45 p.m.

The incident required closures on I-43 in both directions.