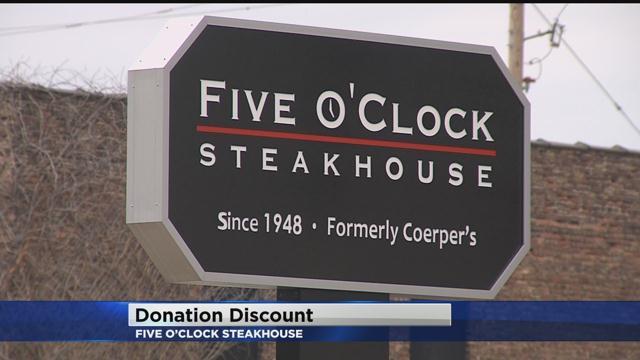 From now until September you can catch a huge discount at Five O'Clock Steakhouse.

The restaurants annual partnership with the hunger task force is now underway.

Anyone who donates non-perishable food or makes a fifteen dollar to the hunger task force gets $15 off dinner at the steakhouse.

If you post a picture on social media from the restaurant tagging them and the Hunger Task force you can get an additional $5 off.

The deal runs now through September 2.