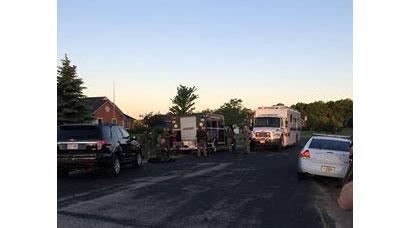 Five carjacking suspects from Milwaukee were arrested in Washington County after the suspects fled on foot in a neighborhood adjacent to Hwy 164 in the Village of Richfield.

According to Washington County Sheriff’s Facebook page, the neighborhood was searched house to house by the SWAT Team to ensure no homes were entered.

The suspects were eventually arrested after an alert motorist called 911 reporting a suspicious person in the ditch about 1 mile from the search area.

“The Deputies and MPD officers worked very well together to ensure that neighborhood was safe,” Sheriff Schmidt said. “With the help from a citizen I was happy we could resolve this with the arrest of all five suspects.” The search lasted approximately four hours and was resolved around 4:45 AM.