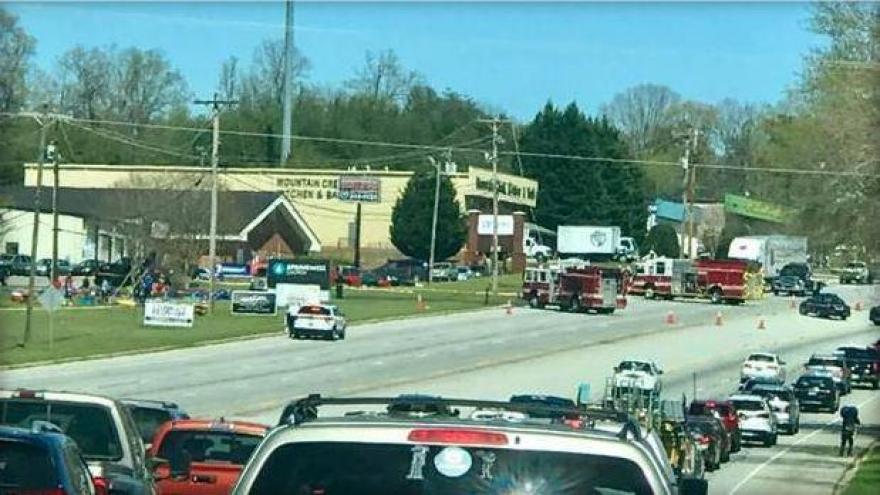 (CBSNews) Five children were injured when an inflatable bounce house and slide were lifted into the air by a strong gust of wind at a church carnival in Taylors, South Carolina, according to the church and the Taylors fire department.

The Springwell Church was holding their annual Spring Carnival when an inflatable slide and a bounce house went airborne around 2 p.m., CBS affiliate WSPA reports.

The children were taken by EMS to the hospital.

In their statement on Facebook, the church says they are praying for those who were injured.

The children’s conditions are unknown at this time.