Fitbit trackers may not be as Accurate as they Claim to be, lawsuit says 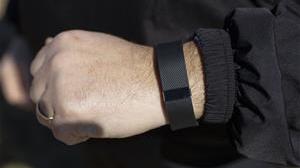 (CNN) Your favorite fitness tracker may not be totally accurate, according to a study used in an amended complaint filed Thursday against Fitbit.

The class-action lawsuit, filed earlier this year, argues that the PurePulse technology used in the Fitbit trackers that measure your heart rate doesn't do it as well as the company's marketing material promises, a claim Fitbit denies. The technology is used in the more expensive models of the device, the Surge, Blaze and Charge HR.

The lawsuit was filed on behalf of people who bought these Fitbits specially to help them track their heart rate, whether for health reasons or to make sure they are getting the most out of their workouts.

"We are not arguing that it is a medical device. I think that is irrelevant," said Jonathan Selbin, one of the attorneys who filed the lawsuit. "This is about the way they market it and that they charge a premium for the heart rate monitor, but it's not giving a meaningful measurement."

The suit alleges that a defect in the trackers is a safety hazard because people who rely on inaccurate heart rate readings for medical purposes could be at risk. The class-action members say there is no reasonable way for them to know that the devices can be inaccurate and that they might not have even bought them if they knew.

The amended complaint, filed Thursday, added a new study that looked at how the trackers worked for 43 healthy adults, compared with an ECG and against each other. The participants wore two Fitbits during the test.

The study -- which was funded by the legal team that brought the lawsuit -- found that the devices were off by, on average, 20 beats per minute during moderate- to high-intensity exercise. The lawsuit concludes that the "devices could not provide meaningful heart rate data" when someone is exercising.

"It works pretty well when you are resting," study co-author Edward Jo said. But Fitbit is "advertised to people who exercise," and ads suggest that the trackers are "counting every beat."

Researchers tested the device on 22 men and 21 women, who were observed in a single visit. They wore the devices, a Zephyr Technology BioHarness and a single-channel ECG sensor. Monitored for 65 minutes, the subjects were asked to perform physical activities that were similar to ones represented in the Fitbit ads, including a standing rest, a self-paced jog, jumping rope, climbing stairs, fast movement exercise, treadmill running and a seated rest.

The research was done by Jo and Brett Dolezal, scientists at California State Polytechnic University, Pomona.

Fitbit objects to the study, suggesting that it "lacks scientific rigor and is the product of flawed methodology."

According to a statement from a Fitbit representative, "It was paid for by plaintiffs' lawyers who are suing Fitbit, and was conducted with a consumer-grade electrocardiogram -- not a true clinical device, as implied by the plaintiffs' lawyers. Furthermore, there is no evidence the device used in the purported 'study' was tested for accuracy."

The statement goes on to say, "Fitbit's research team rigorously researched and developed PurePulse technology for three years prior to introducing it to market and continues to conduct extensive internal studies to test the features of our products. Fitbit Charge HR is the #1 selling fitness tracker on the market, and is embraced by millions of consumers around the globe."

Fitbit also cites an independent study by Consumer Reports in which it did its own tests and found the heart rate measurements to be accurate. That study, however, measured the heart rates of a very small sampling: only two subjects.

The Fitbit representative added, "We stand behind our heart-rate monitoring technology and all our products, and continue to believe the plaintiffs' allegations do not have any merit."

Alex Montoye, an‎ assistant professor of clinical exercise physiology at Ball State University, has tested several wearables including Fitbit and says he is not surprised by the study results. He is not involved in the class-action suit.

"The (Fitbits) give a pretty decent ballpark estimate of activity levels, but these are difficult elements to measure perfectly," Montoye said.

To the company's credit, Montoye said, Fitbit technical specifications don't claim 100% accuracy. He noted that the company uses words like "track" rather than "measure" your steps. But the website does promise that you can "accurately track calorie burn all day," "check real-time heart rate" and "use simplified heart rate zones to tailor your workouts on the spot" or "see when your health is improving by analyzing your all-day and resting heart rate trends."

"You shouldn't think you are buying a medical-grade device, and the company never says that," Montoye said.

People who buy them, though, may have higher expectations.

Montoye says some people in his campus exercise program have complained that they went to the grocery store but didn't get credit for their steps because they were pushing a cart. The device relies in part on a change in motion, and for the motion pattern to recognize a step, it must be large enough. Pushing a cart or even walking on a soft surface like a plush carpet may undercount your movement. It can also overcount your steps if you are riding on a bumpy road, according to Fitbit's website.

Montoye said for participants who need to track their heart rate he advises using a different device that is more specific.

"If they had just been honest," Selbin said, "and said it can give you a ballpark figure most of the time, or if the marketing emphasized that you can use these when you are aspiring to be healthier, that would have been OK, but that's not how they market it, and they charge a premium for it."

Fitbit was worth more than $8 billion right after it went public in June. The devices are enormously popular, with everyone from President Obama to Britney Spears and Ryan Reynolds spotted wearing them, so the lawsuit is bound to be watched carefully.